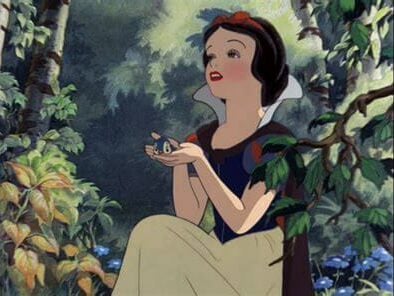 Compared to most of the movies that came after, Snow White and the Seven Dwarfs isn’t exactly Disney’s most complex film, but maybe that’s because it doesn’t work by a standard narrative structure.

Snow White was a film that changed the way the world saw animation as a whole, and will undoubtedly always be remembered as one of the greatest contributions to cinema, but how does it hold up compared to some of their more contemporary work? The short answer, it doesn’t, but only by narrative standards. The film is the most basic fairytale plot with some of the most gorgeous Disney had ever created, but its storytelling was one that relied more on emotion than structure. That’s what makes it work, that’s what made it have such an impact, and that’s how Walt Disney changed the course of his career.

Storytelling has been a cornerstone of the Disney brand since the 1920s, and alternative methods of bringing such classic fairytales to life on the silver screen have always been a goal of the company. Snow White would have gotten panned if it was made in live-action with the script it had in 1938 but because Disney’s animation was able to capitalize on the emotional storytelling of the project, it became a massive success.

It’s been said that the human mind functions on two main elements, reason and emotion. Fairytales might not always jive with the reasoning and logic portion of the brain, but Disney is the undisputed champion when it comes to hitting their viewers right in the feels. Walt Disney’s goal for this project was to tell a beloved fairytale in a new way to a massive audience, so he utilized a method of storytelling that appealed to a more heartfelt side of the viewer’s receptors. The audience wants Snow White to be reunited with her prince, they want to sing “Heigh-Ho” with the dwarves, and they want to see good triumph over evil with true love’s kiss. That’s not exactly Citizen Kane material, but it’s something that audiences still enjoy decades later.

Related:‘Little Snow White’: The Story You Never Knew About

Audiences laughed at the dwarves and their silly songs, shuddered at the Evil Queen’s transformation into the old witch, and wept when Snow White fell under the curse of the poisoned apple. By appealing to an audience’s more emotional sensitivities than the audience’s sense of logic, Disney was able to accomplish the goal of any work of fiction, to get millions to suspend their sense of belief, if only for a little while. The live-action remake might be in a constant state of development, but it will hardly compare to the emotional effect the original still maintains. At least with the magic of Disney animation, princesses can still find their happily ever afters.

Do you think Snow White still holds up? Tell us in the comments below!