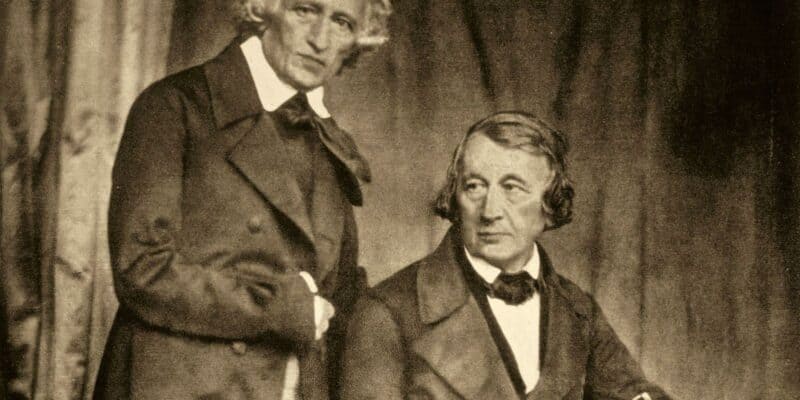 Little Snow White or better known now as Snow White and the Seven Dwarfs started out as a story by the Grimm Brothers.

This story is so old, that it was passed down in story form from generation to generation until, finally, the Brothers Grimm wrote it down in 1812. Their version became one of the source materials for Walt Disney.

This German fairy tale is known across much of Europe and is one of the most famous and well-known stories worldwide.

However, the original version is much different than the one we all know and love.

In the Snow White version that we all grew up with, Snow White was, of course, the fairest of them all. However, the Evil Queen wanted none of that and ordered a Huntsman to take her into the woods, kill her, and bring her heart back as proof.

Instead of killing her, the huntsman took pity and let her live. She ran deep into the forest and stumbled upon the seven dwarfs cottage. She stayed with them- cooked, cleaned, and basically took care of them in exchange for them keeping her safe.

The evil queen, upon asking her Magic Mirror who the fairest of them all was, found out that Snow White was actually still alive. She changed herself into an ugly, old woman, and went to the dwarf’s cottage and offered the princess a poison apple that causes her to fall into a deep sleep.

The dwarfs come back from mining to find Snow White “dead”, they put her in a glass coffin and mourn her death.

A prince sees Snow White, kisses her, she wakes up, and they all live happily ever after.

The original story follows suit but has a few key differences.

The Evil Queen actually went to the dwarf’s cottage three times, not once. The first time she peddled “stay-laces” and laced Snow White up so tightly that she lost her breath and became unconscious. The second time, she made a poisonous comb and combed the princess’s hair with it causes her to be knocked out.

The third time is with the poisonous apple we all know from the movie.

However, in the Grimms version, the prince ends up taking Snow White away from the dwarfs and the apple becomes dislodged in her throat and she wakes up. No kiss needed.

They get married and have a special set of iron slippers made for the Evil Queen. When she arrived at the wedding, and saw Snow White, she burned with rage. But the iron slippers had already been put upon the fire, and they were brought in with tongs, and set before her. Then she was forced to put on the red-hot shoes, and dance until she dropped down dead.

Talk about dancing till you drop!

What do you think? Which version do you like better? Let us know in the comments!