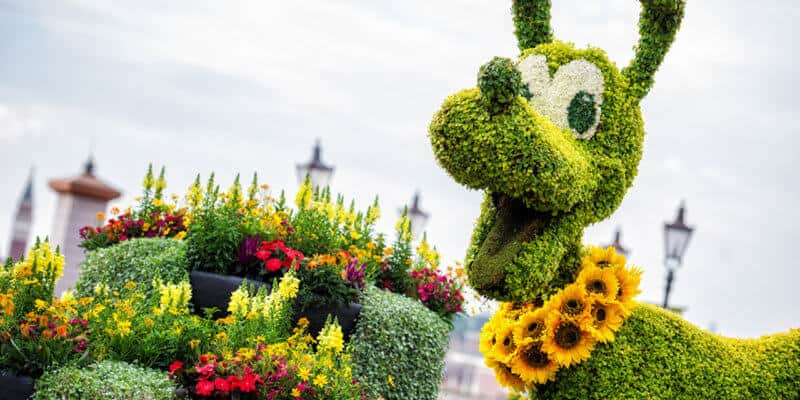 The annual EPCOT Flower and Garden Festival is currently ongoing at EPCOT. The festival has been running since March 2 and will run through July 4, giving Disney World Guests 125 days to enjoy fresh cuisine, colorful gardens, beautiful topiaries, and fun-filled entertainment.

One of the big perks of the Flower and Garden Festival is the Garden Rocks Concert Series which brings in big name performers to the American stage in the World Showcase. The popular Garden Rocks Concert Series returned to the EPCOT Flower and Garden Festival after being canceled in year’s past due to the ongoing pandemic. Disney Parks Blog noted this when the concerts were announced to return.

Get your air guitars ready, because the popular Garden Rocks Concert Series returns to the EPCOT International Flower & Garden Festival this March! New this year, internationally recognized artists will bring the groove to the America Gardens Theater stage Friday-Monday, while local Orlando bands step into the spotlight Tuesday-Thursday.

It has now been confirmed that Flock of Seagulls will not be performing. It seems that the reasoning is “due to unforeseen circumstances.” Tony Orlando is replacing the group on May 20 and 21. Below is the remaining schedule.

At the moment, select Guests have been able to preview Guardians of the Galaxy: Comic Rewind, and rave reviews are rolling in about the Marvel coaster. It will officially open on Memorial Day weekend on May 27, which will couple perfectly with the ongoing Flower and Garden Festival.

Have you been enjoying the Flower and Garden Festival at EPCOT this year?