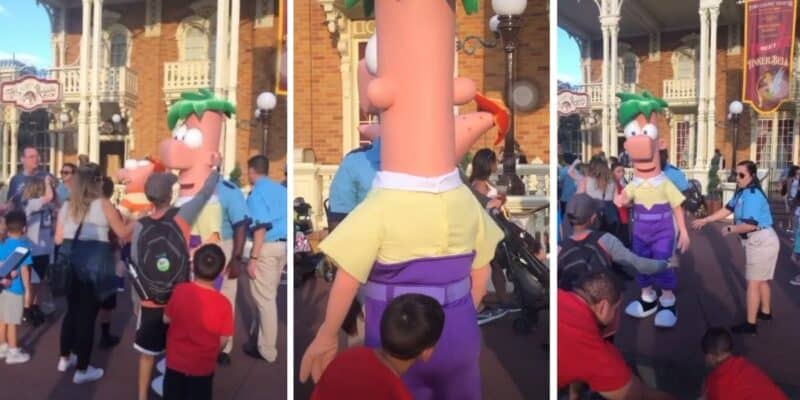 With character meet and greets, now sightings, slowly returning to a more normal state, it is important that Guests remember that they must always be respectful to characters and not grab them in any areas they may not be able to see, or an area that can cause any potential harm.

With the pandemic, we saw the idea of character meet and greets go out the window at Walt Disney World. Because of social distancing, characters moved to a more “interaction” state of being where they would appear at a distance in areas that many may not have been so used to seeing them appear throughout the day, such as the Walt Disney World Railroad station on Main Street, U.S.A. at Magic Kingdom.

Now, a form of meeting is back with character sightings. Although masks are still required indoors, and there is a distance between the character and the Guest, spots such as Princess Fairytale Hall are once again open to Guests. Since meeting characters is slowly returning to normal, it is important Guests remember the proper etiquette on how to meet.

Hmb.27 (@hmb.27) took to TikTok to post what seems to be an older meet and greet (pre-pandemic). In the video, we can see Phineas and Ferb meeting when a Guest pulls on the character’s ear. Right away, the tug caused the character to swat the Guest’s arm out of the way and shake his finger at the Guest, outlining that this was not ok.

The movement of the Guest ended up knocking over another behind him. As we can see in the video, the character immediately walked away from the group, likely to ensure that no one else would be grabbing areas of their costume. Considering the side of a character may not be very visible, having another Guest grab it and tug would be very startling, yanking the neck of the character and potentially putting them in danger.

We do not know more on what happened in this situation, and if the grab was intentional, but we can see that the character felt the need to respond in defense.

Of course, touching a character is not allowed right now, but once it does return, be sure to always be respectful of all characters and Cast Members. Posing for pictures and hugging will go over much better than tugging on their ear! Plus, depending on the scenario, endangering a character could have a Guest removed from the Park, as it is against the rules and regulations of the company.

What do you think of this interaction? Let us know in the comments below!