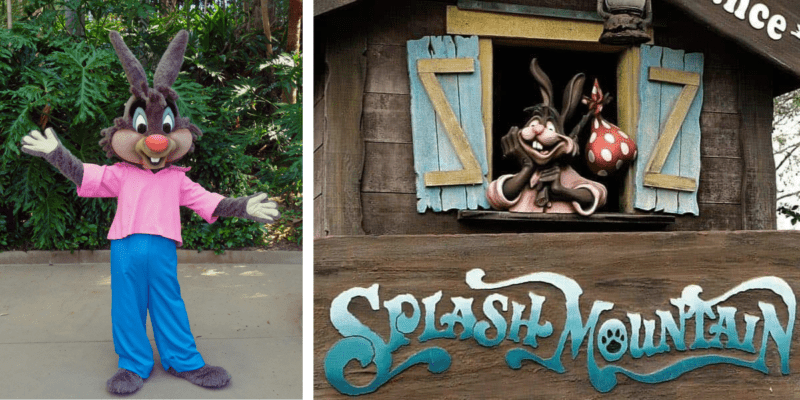 Splash Mountain at Walt Disney World Resort will close on January 23, 2023, to make way for Tiana’s Bayou Adventure, its Princess and the Frog (2009) retheme. While a closing date for Disneyland Resort’s iteration of the ride hasn’t been announced, the United States Disney Parks will soon say goodbye to this iteration of the decades-old log flume ride. Despite the #SaveSplashMountain campaign and even a petition, Princess Tiana is “almost there!”

While many will defend Song of the South (1946), the movie that inspired the ride, the NAACP and groups of Black veterans protested the film’s premiere in 1946. Song of the South never mentions slavery and presents an Uncle Tom-Esque, idyllic view of Post-Civil War America for Black Americans. The animated Br’er characters are written with a stereotypical dialect that many consider offensive and racist.

As the final Guests board Splash Mountain, many have complained about frequent breakdowns and poorly-maintained animatronics. Some props reportedly went missing. This week, one Disney Park Guest reported a chilling incident with one of the characters from the ride, Br’er Fox, who was greeting Guests near the ride.

“A 5-8ish y/o kid ran up, skipping the line, and socked him on the nose,” Reddit user u/brodobaggins3 recalled. “The CM threw his hands up in the air as if to say ‘I’ve had it’ and kind of just stormed backstage with his handler following.”

It’s unknown if this incident is related to the controversy around Splash Mountain, though it’s unlikely due to the age of the Guest.

Splash Mountain will soon close at Disneyland Park and Magic Kingdom. The Song of the South ride will remain the same at Tokyo Disneyland, though the Disney Park recently removed the ride’s anthem, “Zip-A-Dee-Doo-Dah,” from its music loop. From Disney: