Watch the Alternate Finale For Disney's Fan-Favorite Show Fantasmic! - Inside the Magic 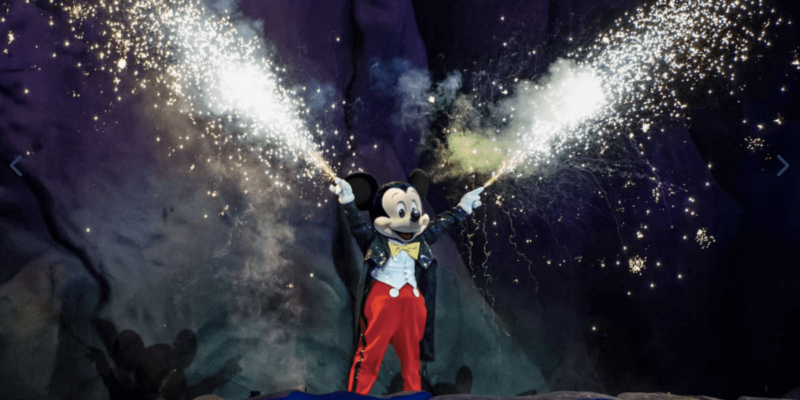 After its 2-year hiatus, the fan-favorite Disney show Fantasmic! seems to be having a hard time keeping up with its performances. But these challenges may bring an unexpected surprise for Guests.

Fans eagerly waited for the return of Fantasmic to Disney’s Hollywood Studios for over two years since Walt Disney World Resort reopened on July 2020, but after its 2-year hiatus, it would appear that the show is having a hard time keeping up with its performances, as multiple forced changes have been reported.

Fantasmic! Returned to Disney’s Hollywood Studios on November 3, 2022, with a standing ovation. However, little after two months of operations, the show appears to continue having occasional malfunctions, causing changes in the nighttime spectacular’s performances. One of the latest incidents involved the boat from the show’s final scene being out of order, affecting the show’s emotional finale as the characters performed from the mountain (or stage) instead of from the boat as they usually do.

Bekah (@rebekahmarie8) shared a video of the incident on TikTok, commenting that while this is not the first time that Disney characters appear on the mountain at the end of the show, it was “cool” to see the alternate ending in person. You can see the video below:

I knew this had happened before, but it was cool getting to see it in person! #fantasmic #fantasmicshow #disneyshollywoodstudios

I knew this had happened before, but it was cool getting to see it in person! #fantasmic #fantasmicshow #disneyshollywoodstudios

The show was affected by a similar change in December 2022, where the boat from the show’s final scene was out of order as well. However, that performance had a much more anticlimactic finale. The reason for these modified performances, although not frequent, has not been clarified by Disney. However, the Cast Members behind Fantasmic! surely are working hard to keep the fan-favorite nighttime show running for Guests of all ages to enjoy.

The iconic Disney show has also faced its share of difficulties at Disneyland Park in Anaheim, California, as Fantasmic! has had to perform without different characters and effects. Surprisingly, Disney recently canceled all shows of Fantasmic! at Disneyland Park with no official explanation.

If you haven’t had the chance to enjoy Fantasmic! at Disney’s Hollywood Studios, Walt Disney World describes the show as follows:

Are you a fan of Fantasmic! at Disney’s Hollywood Studios? Let us know in the comments below!