Fans Praise Disneyland For Plus Size Inclusivity - Inside the Magic 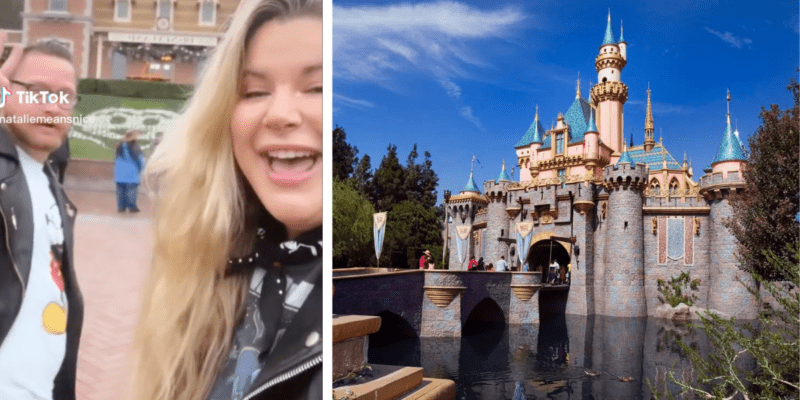 Walt Disney made one thing clear: Disneyland is for everyone.

As time passes and society changes, the definition of “everyone” shifts, and the Disney Parks change. Disney Cast Members dress codes have loosened to be more gender inclusive. We’ve seen more diverse entertainment performers. Rides with questionable source material like Splash Mountain are rethemed to better align with modern values.

Though some forms of inclusivity cause controversy, most are welcomed by those impacted the most. TikToker Natalie Drue (@nataliemeansnice) shared a video of her day at Disneyland Park and Disney California Adventure, which was made more incredible by the fact that she could fit in every ride (unlike other Theme Parks):

Though some restraints were a bit tight, Drue could comfortably ride every attraction. She wanted to share the restraints with other plus size Guests worried about fitting. And Disney Park fans were very grateful!

“Disney is the best,” @ashleytofte said.

“Thank you, this is such a big fear of mine after I watched a lady being escorted from a ride when I was younger,” wrote @ethaeris.

“Disney is awesome for this. Universal is the worst for plus size,” @elizabeth.marie0925 warned.

Though this video praised Disney’s inclusivity, others have said they have a long way to go. Just a month ago, desperate Guests begged newly-returned Disney CEO Bob Iger to bring more plus-size merchandise to the Disney Parks so they could have the same choices as smaller Guests. Other Guests report being harassed for their size.

Have you ever struggled to fit into an attraction at Disneyland Resort or Walt Disney World Resort?