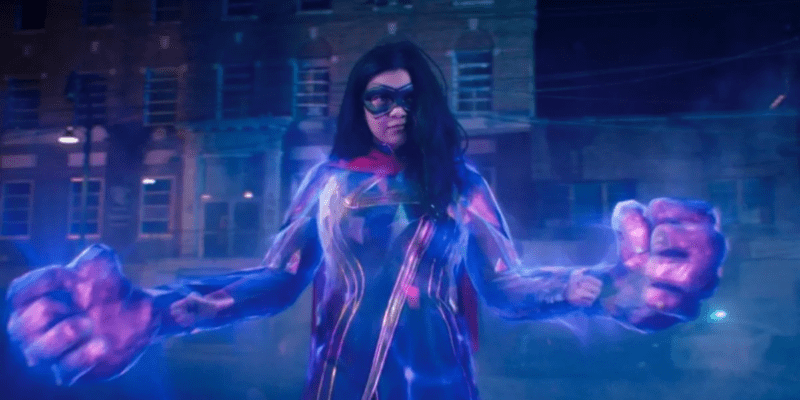 Just over six months since the television show debuted on The Walt Disney Company’s streaming service, Ms. Marvel has changed.

The series was received well by fans and critics alike, with many praising the show’s comic book-inspired illustrations, humor, and that youthful Marvel charm, the latter established by the likes of Tom Holland (Peter Parker), Zendaya (MJ), and Jacob Batalon (Ned Leeds) in the Jon Watts-helmed Spider-Man trilogy.

What, perhaps, didn’t go down as well as the production style and casting, was the departure from Ms. Marvel’s comic roots when it came to her superpowers; this paved the way for criticisms to flood in, targeting both the creative team and Marvel Studios President, Kevin Feige, himself.

Despite this, Ms. Marvel is expected to continue on in the MCU thanks to both her starring role in the upcoming Marvel Phase Five movie, The Marvels (2023), and the mutant reveal teased in the Ms. Marvel Season 1 finale — the X-Men are, after all, set to make their MCU entrance sometime in the next two Phases. As for The Marvels, Vellani will co-star alongside Brie Larson and Teyonah Parris, who reprise their respective roles as Carol Danvers/Captain Marvel and Monica Rambeau/Photon.

But, before all the excitement of Nia DaCosta’s The Marvels takes over the fandom, some may want to revisit — or even watch for the first time — Ms. Marvel. And it just so happens that the show has been changed.

Taking place after the events of Sam Raimi’s Doctor Strange in the Multiverse of Madness (2022), and thus after the Multiversal action of Spider-Man: No Way Home (2021), Ms. Marvel, upon first released, faced a massive continuity error.

While it may seem like a small change to some, this level of detail is required in order to keep fans on a straight path. Sure, the Multiverse Saga disrupts this somewhat, but real-world — that is, Earth-616 — events need to be continuous in order to anchor the changes that come with new Multiversal stories; the edit from teal to copper marks a complete change for the show, firmly cementing it in the correct place in the timeline.

Easter eggs are prominent in the MCU and things like the Statue of Liberty being a different color could signify that the events audiences are seeing are taking place in a different universe. An example of this was seen in the Loki Season 1 finale when a monument of Kang the Conqueror, who was introduced just slightly earlier as He Who Remains (Jonathan Majors), clarified that Tom Hiddlest0n’s God of Mischief was, in fact, in a new timeline.

Did you notice this change in Ms. Marvel? Let us know in the comments down below!