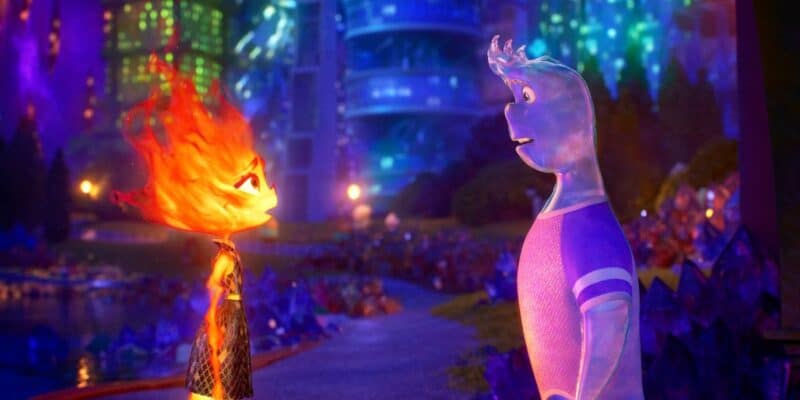 What Disney Movies Are Releasing in 2023?

Disney is one of, if not the biggest, entertainment behemoths on the planet. In 2022, it released everything from Avatar: The Way of Water, to poignant superhero sequel Black Panther: Wakanda Forever, and starry animated offering Strange World — and that was just theatrically. On streaming platform Disney+, they released a sequel to cult family favorite Hocus Pocus and expanded the world of others with things like the National Treasure TV series.

Next year looks set to be an even bigger one, with releases across the House of Mouse’s various studios, including 20th Century Studios and Walt Disney Studios, and some show-stopping instalments in Marvel Studios’ Marvel Cinematic Universe. Here’s a breakdown of what’s to come from the Walt Disney Company in 2023…

May 26 – The Little Mermaid

In May, Walt Disney Pictures continues their trend of remaking some of their animated classics into big budget, live action fare with The Little Mermaid (2023). Directed by Rob Marshall, who previously helmed the Oscar-winning Chicago (2002) and Into The Woods (2014) and Mary Poppins Returns (2018) for Disney, it is set to bring the magical story of wayward mermaid Ariel (Halle Bailey) to life.

She will face off against Melissa McCarthy’s Ursula in a cast which also includes Javier Bardem (King Triton) Daveed Diggs (Sebastian), Jacob Tremblay (Flounder) and Awkwafina (Scuttle). As if that cast wasn’t stacked enough, Tony Award winning composer and Broadway impresario Lin Manuel-Miranda is on board too.

This one is less a remake, more a redo: a new version of a movie inspired by the iconic Haunted Mansion Disney parks attraction, as seen at Walt Disney World and more, is headed to the big screen in August. Appropriately, it remained shrouded in mystery for now, bar a starry roster of talent who we can presume will either be enduring the scares — or creating them.

The only character we know for sure is Madame Leota, who is set to be brought to life by the ultimate scream queen herself, Jamie-Lee Curtis. In the ride, she’s a spectral apparition who appears within a crystal ball. Director Justin Simien is heading up this one, who previously was behind the critically acclaimed Dear White People (2014) and horror satire Bad Hair (2020).

Like most animation projects from Disney, for now this one is a relative mystery beyond an intriguing premise and some stunning artwork. The premise? Seventeen-year-old Asha (West Side Story (2021)’s Ariana DeBose) and her goat Valentino (Alan Tudyk, who previously lent his voice talents to sardonic droid K-2s0 in Rogue One: A Star Wars Story (2016)) have to navigate the kingdom of Rosas, where wishes can truly come true.

The concept originally stemmed from asking how the magical wishing star came to be. DeBose is a Broadway talent and triple threat, and Tudyk has plenty of experience breathing life into unusual characters, so a goat sidekick should come easy.

What Pixar Movies Are Releasing?

The 2023 offering from Pixar, Elemental, takes an almost Inside Out (2015) angle on the elements. Jurassic World: Dominion (2022) star Mahmoudou Athie is Wade Ripple, a liquid resident who meets Leah Lewis’s Ember Lumen and embarks on an adventure in a world which is divided into the four key elements: water, fire, air and earth. There’s a trailer for this one, showing the meet cute between the pair on a train which also evokes a bit of a Zootopia (2016) vibe. As always, there’s that signature Pixar magic and invention on display, with the different elemental characters manifesting their unique traits in fun ways.

What Marvel Studios Movies Are Releasing?

February 17 – Ant-Man and the Wasp: Quantumania

First out the gate for Marvel Studios in 2023 is Ant-Man and the Wasp: Quantumania (2023). It signifies the start of a new chapter for the MCU after Phase Four was closed out with the climactic Black Panther: Wakanda Forever (2022) and James Gunn’s Guardians of the Galaxy Holiday Special (2022).

Heading into this new phase, fans are expecting big things, including the potential introduction of the Fantastic Four, Sam Wilson embracing his role as Captain America, and potentially even Riri Williams fully taking on Iron Man’s mantle as Ironheart.

Things kick off with this latest chapter in Ant-Man and the Wasp’s story, which looks set to truly introduce Kang the Conqueror, the long mooted next big bad, in style. Played by Jonathan Majors, he seems to be the central antagonist of this movie, which takes Scott Lang (Paul Rudd), Hope (Evangeline Lilly) and Hope’s parents, the original heroes Hank Pym and Janet (Michael Douglas and Michelle Pfeiffer) into the Quantum Realm.

They will brush up with Bill Murray down there and Scott’s daughter Cassie (Kathryn Newton) might get the experience she needs to step into the role of Stature, future Young Avengers member. Avengers: The Kang Dynasty (2025), directed by Shang-Chi and the Legend of the Ten Rings (2021) director Daniel Destin-Cretton, will be the big showdown for that villain.

All signs point to this being… well, tragic. After the relative joy of the Guardians of the Galaxy Christmas Special (2022), writer/ director James Gunn returns to the big screen with his unlikely heroes for this chapter in their story. And it might be the final one, if comments from cast and the overall vibe of this trailer are to be believed.

The Marvels (2023) is bringing together disparate strands from Captain Marvel (2019), Avengers: Endgame (2019) and Disney+ shows WandaVision (2021) Ms. Marvel (2022). There’s of course Carol Danvers (Brie Larson), who we last saw in a bit of a body swap nightmare with Iman Vellani’s Kamala Khan, AKA Ms. Marvel.

They will be joined by Carol’s niece, the newly empowered Captain Monica Rambeau (Teyonah Parris), in an adventure which looks set to be intergalactic. After Carol’s duties protecting the galaxy send her to a wormhole, linked to a Kree revolutionary, her fate tangles her up with Kamala and Monica and the trio must work together to finish their adventure.

What Lucasfilm Movies Are Releasing?

June 30 – Indiana Jones and the Dial of Destiny

While Lucasfilm is synonymous with Star Wars, the adventures of Luke Skywalker et al will not be continuing on the big screen just yet, even with Patty Jenkins’ Rogue Squadron recently brought back into the picture. However, that doesn’t mean that an iconic Harrison Ford hero won’t be stepping back into cinemas. Indiana Jones and the Dial of Destiny (2023) will bring the academic adventurer back after a long gap — he hasn’t made an appearance since 2008’s Indiana Jones and the Kingdom of the Crystal Skull.

He’ll be joined by Phoebe Waller-Bridge as his niece Helena, and the action takes place against the backdrop of the NASA and Soviet Union Space Race in 1969. He will face off against Nazis once more in the form of Mads Mikkelsen’s Jürgen Voller and Boyd Holbrook’s Klaber.

This instalment is also the first to not be directed by Steven Spielberg, who handed the chair over to James Mangold. There’s a sense of finality about the thing, with the aging Ford having something of a time limit on exactly how much longer Dr. Jones can plausibly keep getting into scrapes — but we would be happy seeing him fighting the bad guys and exploring the world’s hidden places for as long as he wanted to keep going.

September 15 – A Haunting In Venice

Hercule Poirot and his magnificent moustache are back. Kenneth Branagh, who stars as the legendary detective, is back for more after 2017’s Murder on the Orient Express and 2022’s Death On The Nile. This entry, A Haunting In Venice, sees Poirot attend a seance in the titular Italian city, and have to put his detective skills to work to solve the murder of a fellow guest. The Agatha Christie book it is based on is titled ‘The Hallowe’en Party’, but presumably it had the title change to make it less themed entirely to that particularly holiday.

As with his previous films, he’s managed to recruit some top tier talent to be the suspects (and presumably, one to be the victim) for this big-budget murder mystery. Joining Branagh is Jamie Dornan, Tina Fey, Jude Hill, Kelly Riley, Michelle Yeoh, Emma Laird, Kyle Allen, Camille Cottin, Ali Khan and Riccardo Scamarico.

There’s not a great deal out there about True Love (2023), but it has the cast credentials to be something special. Director Gareth Edwards is leading this one, described as a science fiction, and that’s his specialty: he made his debut with 2010’s Monsters, and went big budget with his 2014 take on Godzilla and 2016’s Rogue One: A Star Wars Story.

Tenet (2021) lead John David Washington and The Eternals (2021) star Gemma Chan are at the top of the call sheet, alongside Allison Janney, Ken Watanabe, Sturgill Simpson and Marc Menchaca. Science fiction seems to be a winner for 20th Century Studios this year, with the Sam Worthington-led Avatar: The Way of Water (2022) currently doing numbers at the box office, so let’s hope the genre continues to prove fruitful for them in the year to come.

What Searchlight Pictures Movies Are Releasing?

Every slate needs a good biopic. For Searchlight next year, it’s Chevalier (2023), the true story of Chevalier de Saint-Georges, a French-Caribbean violinist and composer who was so acclaimed he earned the nickname ‘Black Mozart’. It stars Kelvin Harrison Jr. in lead, alongside Samara Weaving and Minnie Driver.

The film had it’s world premiere at the Toronto International Film Festival in September and debuted to a warm critical response. It sounds like it takes a different approach to your usual historical drama, with many reviewers commenting on the feminist slant and the way it takes aim at male machismo and ego.

Nothing hits quite like a sports drama. Taika Waititi is bringing his particular brand of humor to Next Goal Wins (2023), about how Dutch-American coach Thomas Rongen (Michael Fassbender) led the American Samoa national football team, known as one of, if not the, world’s weakest football team, to qualify for the 2014 FIFA World Cup.

Elisabeth Moss, Will Arnett and Waititi-favorite Rachel House are also set to star. He should bring some of his own unique take on the movie, which is an adaptation of a 2014 documentary with the same name.

Which 2023 release are you most looking forward to? Tell us in the comments below.