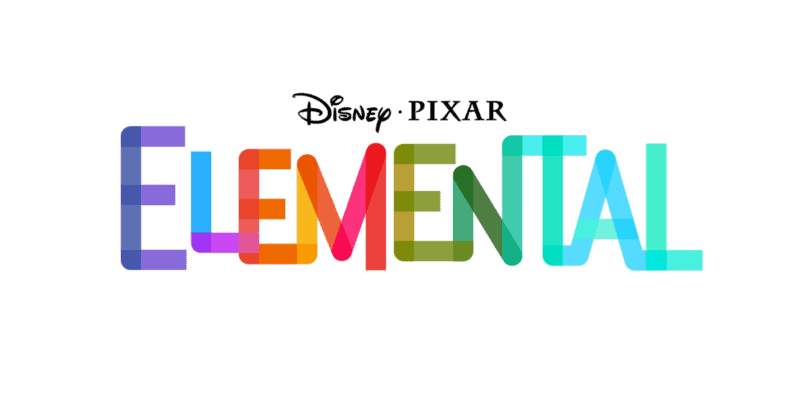 Pixar often lists its upcoming releases a few years out, even without titles. They’ve announced release dates through June 24, 2024!

Today, D23 — Disney’s Official Fan Club — made a major announcement on behalf of Pixar. The previously untitled release, scheduled for June 16, 2023, will be called Elemental.

Directed by Peter Sohn and produced by Denise Ream, Elemental will occur in a city where earth’s elements live together. D23 Tweeted:

In a city where fire, water, land, & air residents live together, a fiery young woman & a go-with-the-flow guy will discover something elemental: How much they have in common. Directed by Peter Sohn and produced by Denise Ream, Disney and Pixar’s Elemental releases June 16, 2023.

Pixar also showed off some all-new concept art for the film:

Check out this all-new concept art from Disney and Pixar’s Elemental. See the movie June 16, 2023!

Check out this all-new concept art from Disney and Pixar’s Elemental. See the movie June 16, 2023! pic.twitter.com/qrbKzn7A8K

In the sketch, you can see the film’s protagonists walking down a bustling city street. The male protagonist appears to be made of water and wears a jersey with a water droplet on the front. The female protagonist, made of fire, wears shorts and a black top.

D23 did not announce whether Pixar’s Elemental would release in movie theaters or exclusively on Disney Plus, like Pixar’s most recent film Turning Red (2022).
Based on the beloved Buzz Lightyear character from Toy Story (1995), Disney Pixar’s Lightyear is the next Pixar film slotted for release, premiering on June 17, 2022. Lightyear will release in theaters before it heads to Disney+.
While we don’t know much else about Elemental, Inside the Magic will report on any updates about the Pixar film ahead of its 2023 release.

Fans were quick to point out that the initial plot summary announced by D23 bears a striking similarity to the themes Nickelodeon’s Avatar: The Last Airbender and the flim Avatar (2009), which falls under the Disney umbrella after The Walt Disney Company purchased 20th Century Studios and FOX in 2019.

Before that purchase, Disney Parks held the official theme Park rights to the Avatar franchise and opened Pandora: The World of Avatar at Disney’s Animal Kingdom at the Walt Disney World Resort in 2017.

Avatar has an upcoming film of its own to look forward to. A week ago, 20th Century Studios released a teaser for Avatar: The Way of Water, the much-anticipated sequel to the 2009 box-office hit that will release in theaters this December.

The teaser is available on the official Avatar YouTube channel and is accompanied by this description:

Set more than a decade after the events of the first film, “Avatar: The Way of Water” begins to tell the story of the Sully family (Jake, Neytiri, and their kids), the trouble that follows them, the lengths they go to keep each other safe, the battles they fight to stay alive, and the tragedies they endure. Directed by James Cameron and produced by Cameron and Jon Landau, the film stars Zoe Saldana, Sam Worthington, Sigourney Weaver, Stephen Lang, Cliff Curtis, Joel David Moore, CCH Pounder, Edie Falco, Jemaine Clement and Kate Winslet.

The official description of Avatar (2009) reads:

From Academy Award® winning director James Cameron comes Avatar, the story of an ex-Marine who finds himself thrust into hostilities on an alien planet filled with exotic life forms. As an Avatar, a human mind in an alien body, he finds himself torn between two worlds, in a desperate fight for his own survival and that of the indigenous people.

Are you excited about Pixar’s Elemental? Let us know in the comments.