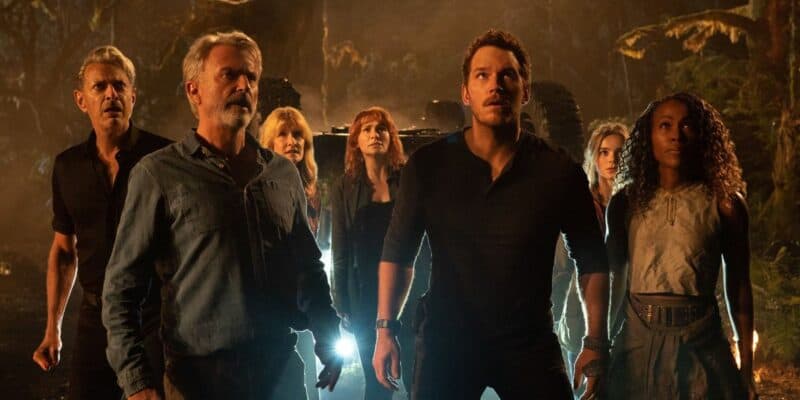 If you’ve ever dreamed of an escape from dinosaurs, your time has come!

Escape rooms have been a popular outing for years now. Popping up across the globe, these businesses offer both a challenge and entertainment for many different groups from birthday parties to company retreats, and come in a variety of different themes. If you’ve ever been to one of these, you’ve probably had the same thought as many others, “They really need to make an escape room from my favorite movie!”. Well, look no further!

Universal Orlando Resort announced back in June of this year that they would be opening up two themed escape rooms based on two of their post popular franchises: Back to the Future (1985) and Jurassic World (2015) as part of their Citywalk area. At the time, little was known about what these escape rooms would consist of, and no opening date was given, but with fantastic theming from these two franchises, and a real uptick in design from Universal in attractions and properties like Harry Potter and Jurassic World, fans could certainly expect a lot.

As of today, reservations for these new experiences at Universal are now open, and the first available date: December 9, 2022! Much sooner than expected, guests will be able to put their skills to the test in groups of 8 or less to beat the clock, and the puzzles in these ‘Escape Adventures’, titled Back to the Future: Outatime, and Jurassic World: Escape. With a tagline that states, “This is no ordinary escape room experience”, guests are sure to be in for some surprises.

Universal also provided some brief description for each of the two rooms, highlighting the basic plot, and what guests can expect. About their Back to the Future offering, the website states:

“Great Scott—Biff’s at it again! He’s stolen Doc Brown’s newest time travel device to sabotage the timeline for his gain. Follow Doc’s clues to find the prototype, track down Biff and save the day before you’re outatime. No escape room in the past, present or future has ever been like this. Choose from individual tickets or private group adventures of up to 8.”

As fun as that sounds, the Jurassic World themed room will definitely give it stiff competition, with a plot that sounds reminiscent of the first film in the reboot franchise:

“Find yourself in a secret genetics lab on Isla Nublar and use your wits to solve a serious problem: an apex predator has broken free and is headed your way. This escape room has more teeth (and claws) than anything you’ve experienced before. Choose from individual tickets or private group adventures of up to 8.”

These experiences are sure to be booked fast, and are billed for guests of all ages. Universal’s Great Movie Escape will start taking bookings next Friday, December 9th, and will offer the option of one of the two experiences for either individual or group ticket rates.

What do you think about these escape rooms? Let us know in the comments below!