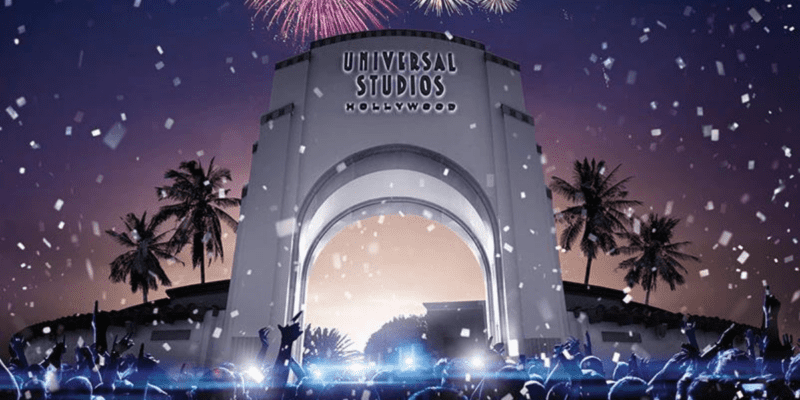 2022 has brought countless memories for Guests visiting Universal Studios Hollywood. As the year comes to an end, the California theme park has just announced its famous New Year’s Eve Celebration, EVE, which promises to be packed with entertainment offerings, fun, and memories to kick off 2023 in the most amazing way possible.

This year’s EVE will allow Guests to be a part of Hollywood’s biggest New Year’s Eve celebrations at Universal Studios Hollywood on December 31, where they can party until 2 a.m.

Universal Studios Hollywood states the following regarding this year’s EVE:

Fill your day with heart-pounding rides, shows and attractions, and then keep the thrills going into the night. Have fun and celebrate with multiple party areas featuring music, dancing, photo ops, drinks available for purchase and a midnight countdown celebration with fireworks. Make it a New Year you’ll never forget!

This year’s EVE celebrations at Universal Studios Hollywood will include “party areas” where Guests can dance the night away to different music genres, including:

Party areas will also offer an assortment of specialty cocktails, beer, wine, and champagne available for Guests 21 and over to purchase.

The event will also include a special countdown celebration to midnight as Guests ring in the new year with a breathtaking fireworks display lighting up the sky above the California theme park. Some of the key viewing areas suggested by Universal are:

Related: Universal Studios Hollywood Leaves Orlando Counterpart In the Dust With Express Works In the Park

Unique photo opportunities will be scattered around the Park for Guests to visit and capture their memories of this exciting celebration.

Universal’s New Year’s Eve Celebrations are included with your dated theme park ticket or Platinum Annual Pass (blackout dates and restrictions may apply). You can click here to purchase your tickets or click here to become a Universal Annual Passholder.

Are you visiting Universal Studios Hollywood for this year’s celebrations? Let us know in the comments below!