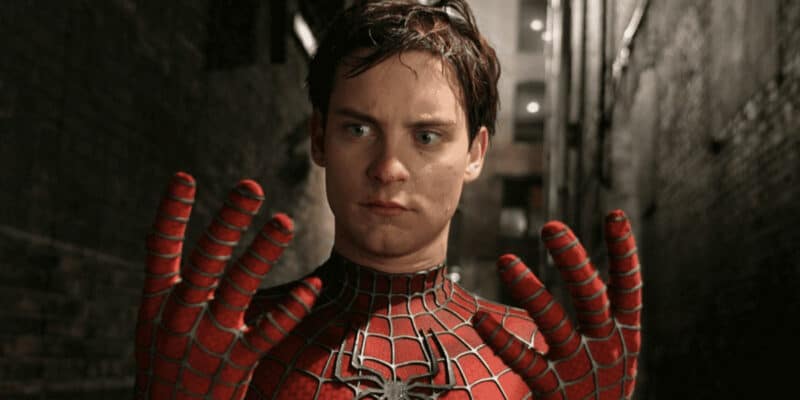 One of the first films during the superhero renaissance of the early 2000s, Sam Raimi’s Spider-Man (2002) still sticks out as a landmark in the hero’s history. Tobey Maguire and Willem Dafoe brought to life Peter Parker/Spider-Man (Maguire) and one of his most famous enemies, Norman Osborn/The Green Goblin (Dafoe), in a clash for the ages. Their portrayals continue to influence the character to this day.

Both of these actors made a comeback as part of the Marvel Cinematic Universe, reprising their roles in Spider-Man: No Way Home. In the leadup to the movie’s release, Dafoe said that he didn’t want to be a cameo or for his role to serve no purpose to the plot, and Marvel Studios honored that request. Both Maguire and Dafoe had the opportunity to shine in roles that weren’t simply fan service but rather integral parts of the plot.

Anyone in theaters during the first few weeks of No Way Home certainly heard the uproarious applause as Maguire’s Peter Parker stepped through the portal created by Ned Leeds (Jacob Batalon). His return to the role, alongside Tom Holland and Andrew Garfield, sparked many memes citing the return of “The King,” showing just how loyal fans of the original live-action Spider-Man (Maguire) are.

Recently, Maguire made another return of sorts in an “Ask Me Anything” offering on Reddit. The questions on the feed were varied, as were the actor’s answers. Usually, these were short answers, clearing things up, but one question merited an unusual response, as reported by CBR. The question? Did Maguire keep anything from the Spider-Man films?

Now it’s common for actors to take home keepsakes from their roles. Many actors from the Star Wars franchise have their lightsabers, some actors from Lord of the Rings have copies of the One Ring, and some actors from the Marvel Cinematic Universe have even taken home full costumes. Tobey Maguire revealed his set souvenir and the interesting way he continues to use it. In response to the question, Maguire said:

Many villains in Marvel Comics have compared Spider-Man’s suits to pajamas, but this may be the first recorded instance where Peter Parker (Maguire) himself has used the costume in that way. While the actor may have been responding facetiously, it does paint a funny image of the actor donning the suit once again, not to save the world, but for bedtime.

Maguire participated in the “Ask Me Anything” as part of a promotion for his new film, Babylon (2022), which just hit theaters on December 23. The film stars Tobey Maguire, Brad Pitt, and Margot Robbie, set in the decadence and extravagance of 1920s Hollywood.

What do you think about Tobey Maguire’s souvenir? Let us know in the comments below!