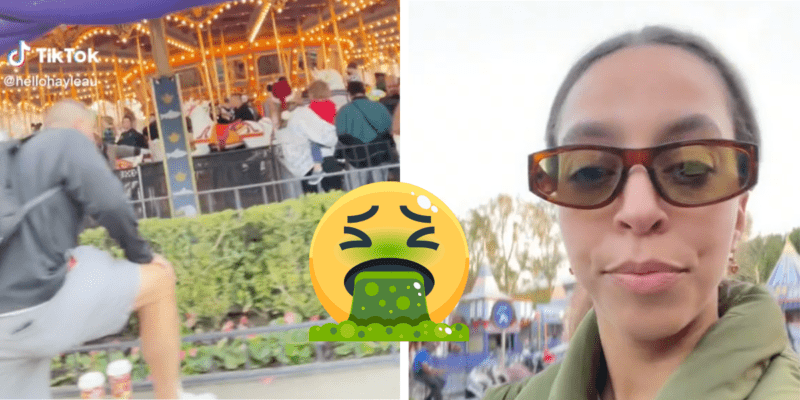 We often report on TikTokers making a negative impact on Disneyland Resort. Just this week, a TikTok live streamer was caught screaming vulgarities at other Guests to get an attraction to himself.

But there’s magic in the social media app, too. Some Disney Parks fans have used the app to thank Disney Cast Members for their hard work, while others use it to give fans their daily dose of Disney at home.

This week, a Disneyland Guest used TikTok in a unique way. @hellohayleau, a musician, actress, and frequent Disneyland Resort visitor, used the app to expose a disgusting behavior frequently perpetrated by male Guests:

“Can someone tell me why there is always, without fail, a man at Disneyland clipping his nails on a bench?” she asked in the video. She then quickly pointed the camera at a man putting his foot on a bench to clip his toenails near other people eating and drinking.

Related: A New Trend After All, ANOTHER Guest Sticks Bare Foot In “it’s a small world” Water

“Y’all are nasty,” she wrote in the caption of her video.

For the safety and comfort of other Guests, we recommend keeping personal hygiene activities separate from your visits to Disneyland and Walt Disney World Resort.

Have you ever seen “nasty” behavior at Disneyland Park, Downtown Disney, or Disney California Adventure?