Cast Members Make Magic Happen on TikTok - Inside the Magic 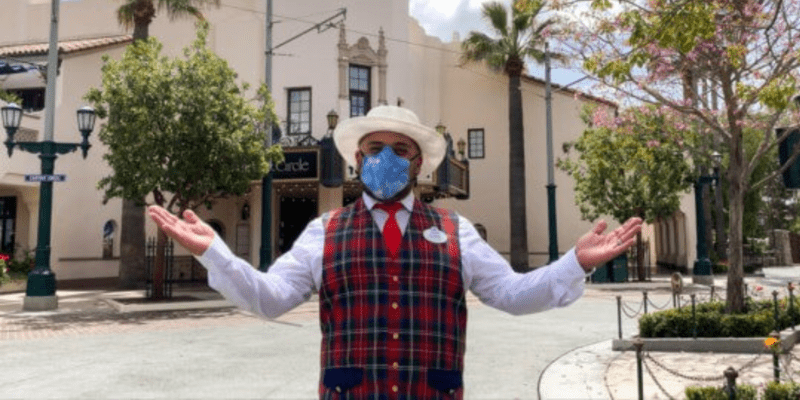 With crowds and Guest behavior boiling over at the Disney Parks, life can certainly be rough for the thousands of Cast Members that keep the Parks in operation at the most magical places on earth. With recent reports of CMs facing abuse and poor treatment from visitors, many fans have gone out of their way to remind them and others how much the Disney staff puts in to make a visit to the Parks so memorable.

To say that the Disney Cast Members don’t carry a lot on their shoulders is a terrible lie, as a countless cast of performers, employees, and staff members are what holds the Disney Parks together. However, recent Guest behaviors have made working at the Parks one of the most grueling experiences for these dedicated workers. If they’re not living out of their cars or facing some form of abject poverty, they’re getting berated by belligerent Karens on a regular basis. Fortunately, the CMs haven’t been forgotten by true Disney fans.

@themouselets on TikTok are frequently sharing new developments at the Disney Parks, from closures to special events. While some of the Cast Members are facing poor conditions, the users have been quick to remind visitors just how special the CMs are and how incredible they are at their various jobs. In a recent post, @themouselets showed their appreciation for this talented chocolatier.

when you still remember a cast member from 5 years ago – you know they are special! #disneycast #unforgettablecast #disneyworld #disneyland #disneyparks #disneystorytime #disneyfacts

♬ You Are the Magic (From “Enchantment”) – Cover – Amity Park

There’s a reason Disney hires such a talented group of individuals to bring their Parks to life, and Sheila’s contributions to the candy shop are certainly something to behold. With “mesmerizing ” skill, the Cast Member continues to provide enchanting displays of sugary sensation that repeat Guests are clearly still talking about. It’s moments like this that add a certain extra flavor to a visit to the Disney Parks, and it’s hard to believe Cast Members like Sheila have been treated so poorly in these past few months.

While it’s sad to know that Cast Members are still having it exceptionally rough, it would do well for visiting Guests to remember that a little kindness can go a long way. As demonstrated by the TikTok above, Disney’s staff are indeed a wellspring of talent that deserve so much better. Hopefully, Guests and CMs can expect a more positive change in 2023.

What’s your favorite Cast Member memory? Tell us in the comments below!

Comments Off on Cast Members Make Magic Happen on TikTok