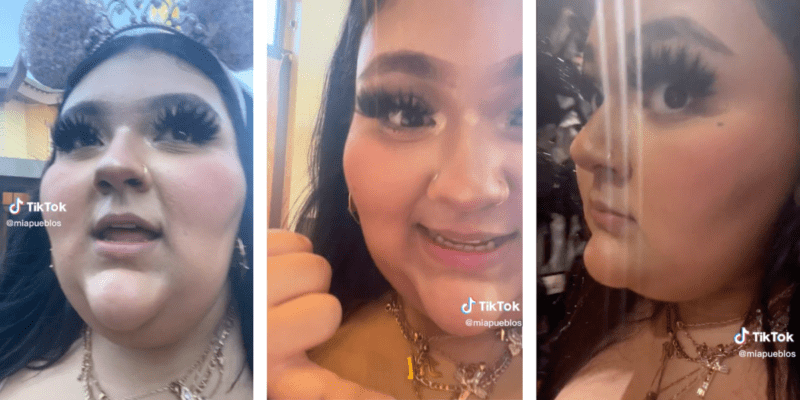 For many of us, Disney films are our first exposure to love stories. We all want our Prince Charming, our fairytale love, our Happily Ever After.

Many Disney fans make the Disney Parks part of their love stories. Dozens of couples get engaged daily at Disneyland Resort, Walt Disney World Resort, and Disney Parks worldwide. Earlier this year, Disney even apologized to a couple after a Disneyland Paris Cast Member interrupted their proposal in a now-viral video.

Some Guests hope Disney will be the beginning of their love stories. Last week, one Disney Park Guest took to TikTok looking for a happy ending. During a visit to Disneyland Park, Mia (@miapueblos) locked eyes with a handsome man whom she hoped to reconnect with:

pls find him he was so damn fine #fyp #disneyland

“If you were at Disneyland Park in California on November 10, and you have long dreads, and you were wearing a green hat and a grey sweater, bang my line, please,” Mia said. “Don’t try to cap and say that you weren’t looking at me because I saw you look back like three times, alright?”

Some said they had Disneyland missed connections of their own. Others offered solutions for finding the mystery Guest.

“Check the disneyland geotag on [Instagram] and check if he pops up in case he has a public page or posted a pic there!!” @kafeishorts suggested. Mia replied, “THIS IS SO SMART.”

Mia has posted multiple videos since her day at Disneyland Resort but hasn’t updated on her missed connection. Maybe there’s still a fairytale in the making?

Do you share any special Disney memories with your significant other? Please share them with us in the comments.