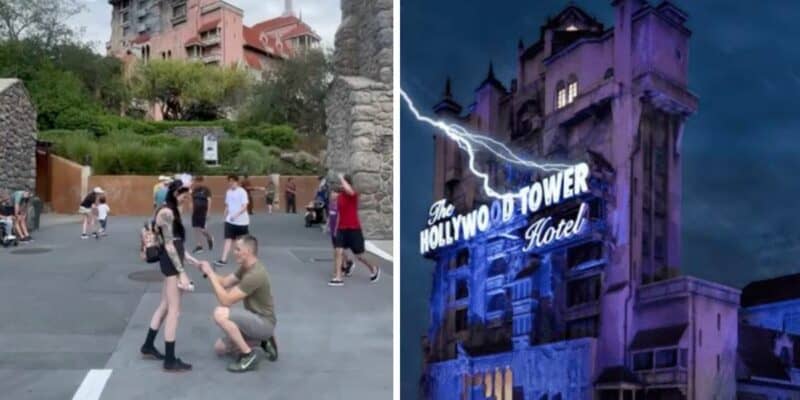 While Walt Disney World may be considered a place for children to enjoy themselves, this doesn’t mean that the Resort doesn’t include some truly terrifying experiences.

At Disney’s Animal Kingdom, Guests can encounter some ferocious beasts on both DINOSAUR and Expedition Everest, with the latter featuring one of the most impressive animatronic robots ever created (it’s a shame it still doesn’t work properly).

At Magic Kingdom, Guests can get their spook on with the Haunted Mansion, an absolutely iconic and legendary attraction. But what would a list of scary Disney World rides be without including the Tower of Terror?

Standing way above the rest of the rides at Walt Disney World (quite literally), the Twighlight Zone Tower of Terror brings Guests into the “5th dimension” as they travel up, down and forward, and backward through a terrifyingly-fun experience.

The Twilight Zone Tower of Terror is one of the most popular thrill rides located at Walt Disney World Resort and, despite being decades old at this point, remains one of Disney Imagineering’s greatest feats.

However, two Guests used this ride as a backdrop to one of their most important memories. A video was shared on Reddit of an incredibly magical and spooky proposal. You can see the full video below:

My fiancé proposed to me on Monday, October 17, 2022, in front of Tower of Terror! Best Disney World trip ever!

My fiancé proposed to me on Monday, October 17, 2022, in front of Tower of Terror! Best Disney World trip ever! from DisneyWorld

As you can see, the two Guests got engaged right in front of the Tower of Terror, definitely not something everyone can say. In the past, we have seen dozens of proposals at Walt Disney World, but this one really takes the cake in terms of uniqueness.

What ride would you get engaged in front of at Walt Disney World?