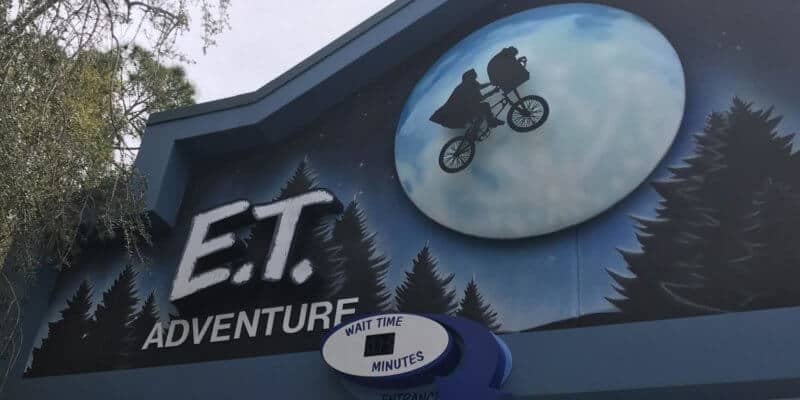 Universal Studios in Orlando, Florida, is home to many fantastic rides and attractions, some of which many would consider some of the best in the country.

These attractions would include two of the Resort’s most recent rides, those being Jurassic World VelociCoaster and Hagrid’s Magical Creatures Motorbike Adventure.

Unfortunately, even though Universal seems to be nailing the new, high-tech thrill rides, a lot of what made Universal Studios great has been long forgotten, except one very special attraction.

The ride is a certified classic, providing fun and nostalgia for the thousands of Guests who ride it daily. Unfortunately, a major aspect of this experience has been removed.

Much like how Disney Park fans feel about the water in Pirates of the Caribbean and Splash Mountain at the Magic Kingdom or the fake burning smell found in Spaceship Earth at EPCOT, Universal Guests love the smell inside the E.T. Adventure attraction.

Unfortunately, many reports have come out claiming that the smell has dissipated recently. We visited Universal Studios Orlando recently, and we ourselves noticed a distinct lack of an “E.T.” smell. We had hoped it wasn’t for good, but unfortunately, it has been confirmed that this beloved scent is now a thing of the past, as discussed in a tweet from Storybook Amusement (@StorybookAmuse):

I’m crushed to confirm the rumors are true. The classic E.T. Adventure forest scent has been completely updated! There’s also a new scent on the ride itself too.

I’m crushed to confirm the rumors are true. The classic E.T. Adventure forest scent has been completely updated!

There’s also a new scent on the ride itself too.

Several users also replied, discussing how sad this change has made them feel. One user even said they don’t care if the ride stays or gets closed at this point:

Another user said this was the worst news they’ve heard in a long time:

This is the worst news I have heard this year.

This is not where the story ends, however, with Universal Studios Orlando’s official Twitter account weighing in on this issue. The account stated that the scent had not changed at all, despite numerous reports that it had:

Hi there, the scent for this attraction has not changed. If you have any further questions, please feel free to send us a DM.

However Guests feel about this change, most can at least hope that the E.T. Adventure never leaves Universal Studios Orlando.
How does this news make you feel?