Robert Downey Jr. Joins Co-Stars In Response to Tarantino, "Get Over It" - Inside the Magic 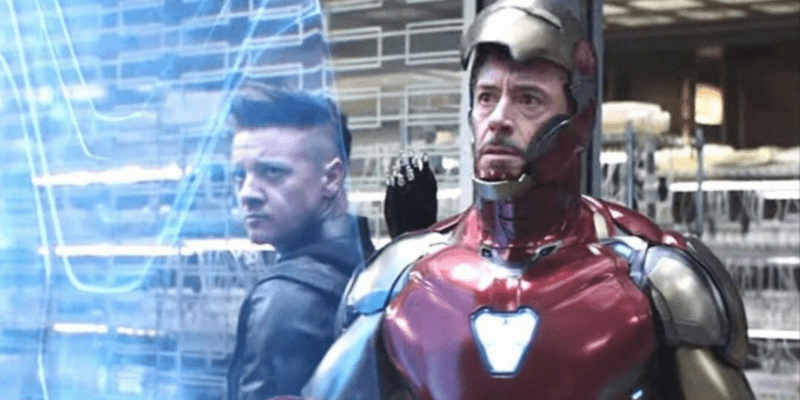 Iron Man (Robert Downey Jr.) is back in defense of the Marvel Cinematic Universe!

The undisputed founding hero of the Marvel Cinematic Universe, Robert Downey Jr.’s  irreplicable Tony Stark/Iron Man found his way into the hearts of Marvel fans from his very first film, Iron Man (2008). The brash, self-centered genius turned super hero was a staple in the Marvel Cinematic Universe for years, and audiences thrilled whenever there was a new Iron Man (Downey Jr.) film, or whenever he would make a cameo, or appearance in a film that wasn’t his own.

Over the years, RDJ would appear as Iron Man/Tony Stark in 11 different films, and several offshoot and one shot projects with Marvel Studios. The character saw amazing growth from his first appearance, and, ironically spurred the birth of many of the Marvel Cinematic Universe’s most fearsome villains, including Ultron (James Spader), Baron Zemo (Daniel Bruhl), The Vulture (Michael Keaton), and others who could still have a huge effect on the Marvel Cinematic Universe moving forward, especially for Tony’s (Downey Jr.) protégé, Peter Parker/Spider-Man (Tom Holland), who has faced off against many foes created by the billionaire.

This growth came to a tragic, but fitting end in Avengers: Endgame (2019). After a decade of fighting evil, the biggest threat the Avengers had faced also gave them their first loss: Thanos (Josh Brolin) proved a force to be reconned with, and despite the best efforts of Iron Man (Downey Jr.), and other characters like Captain America (Chris Evans), and Thor (Chris Hemsworth), the Mad Titan snapped away half of life in the universe. In a desperate plan, the Avengers were able to reverse this calamity, but not without casualties. Natasha Romanoff/Black Widow (Scarlett Johannsson), sacrificed herself for an Infinity Stone, Steve Rogers (Chris Evans) would retire, and grow old, and Iron Man (Downey Jr.) would sacrifice himself, saving the universe in the process.

Robert Downey Jr. returned to defend the Marvel Cinematic Universe this week in an interview with Deadline, focused on his new Netflix documentary about his father, entitled Sr. (2022). During their conversation, the Deadline interviewer asked the actor’s thoughts on the now infamous comments by director Quentin Tarantino concerning Marvel, and it’s actors. RDJ, joining co-stars Simu Liu (Shang Chi), and Samuel L. Jackson (Nick fury), and responded with class, saying:

“I think that we are in a time and place that I unwittingly contributed to, where IP has taken precedence over principle and personality. But it’s a double-edged sword. A piece of IP is only as good as the human talent you get to represent it, and you can have some great IP even if it’s coming from an auteur or a national treasure of a writer-director, and if you don’t have the right kind of artist playing that role, you’ll never know how good it could have been.“

He went on to elaborate his point that everyone in the movie industry is essentially on the same team:

“I think that creatively it is a waste of time to be at war with ourselves. I think this is a time when everything is so much more fragmented now that I think you have this kind of bifurcation. Throwing stones one way or another … and I’ve had my reactions in the past when people said things that I felt were discrediting my integrity … I go, “You know what? Let’s just get over it. We’re all a community. There’s enough room for everything…”

A sentiment most moviegoers agree with! And while many fans of the Marvel Cinematic Universe miss Robert Downey Jr. and his character being the backbone of the franchise, it’s apparent from the interview that the star misses it too. When asked what he missed most about the films, RDJ responded:

“What I miss most? Being in the trenches with Kevin Feige throughout; the beginning, with Jon Favreau, it’s like a beautiful dream now; the middle, with Shane Black on Iron Man 3, we’d just had Exton and shot it mostly in Wilmington N.C. It was idyllic and subversive. And The End, when I realized I’d made so many close friends in the MCU cast, and the Russo Brothers helping me embrace Tony’s arc.”

Robert Downey Jr.’s latest project, Sr. (2022) is currently streaming on Netflix, and, in documentary style discusses the life and achievements of his father, Robert Downey Sr.

What do you think about Robert Downey Jr.’s comments? Let us know in the comments below!

Comments Off on Robert Downey Jr. Joins Co-Stars In Response to Tarantino, “Get Over It”