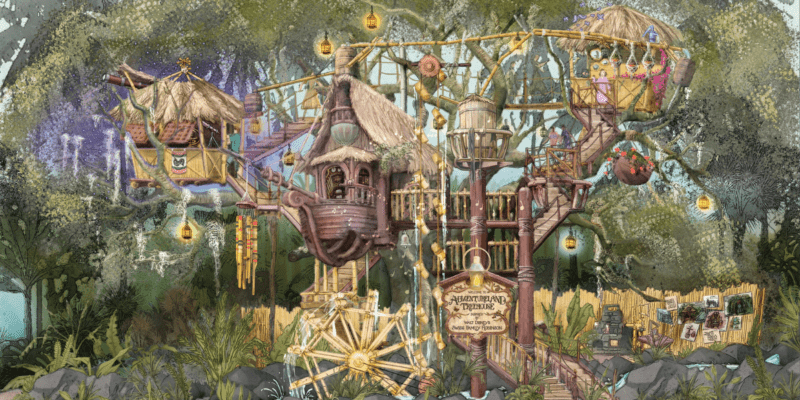 This article has been updated since its original publishing

After months of work and speculations, a classic Disney attraction finally received a reopening date to flaunt a complete makeover.

Disneyland has been a source of joy and inspiration to all the world for over 65 years, fulfilling Walt Disney’s dream of creating a happy place where age could relieve fond memories of the past and youth could savor the challenge and promise of the future.

With some of the original opening day attractions still available at the Park, including the King Arthur Carrousel, Mad Tea Party, Casey Jr. Circus Train, Dumbo the Flying Elephant, Autopia, and Peter Pan’s Flight, along with iconic classic attractions like Matterhorn Bobsleds, Pirates of the Caribbean — the last attraction Walt Disney could supervise —, and the Haunted Mansion, it’s no wonder why millions of Guests young and old visit the Happiest Place on Earth every year.

However, some Disney attractions have gone through several updates and rethemes to keep them current and popular among younger generations, often adding characters from new films or updating the experience with the latest technological advancements.

A great example of this was Tarzan’s Treehouse, which replaced the 1962 attraction “Swiss Family Treehouse.” An iconic Disney attraction located in Adventureland at Disneyland Park which unfortunately remained closed since September 2021 as Cast Members carried out an extensive refurbishment, even removing several parts of the attraction, with initial rumors of an Encanto-inspired retheming.

While the Encanto retheming did not come to fruition, Disneyland officials finally announced that Tarzan’s Treehouse would reopen as “Adventureland Treehouse” inspired by Walt Disney’s Swiss Family Robinson. However, an official opening date was not announced. That is, until now.

As of this article’s original publishing, the official Disneyland website had been updated, adding available times for Tarzan’s Treehouse — which will probably be updated to Adventureland Treehouse on Disneyland’s website soon — starting Saturday, February 11, 2023, from 8 a.m. through 12 a.m. (Disneyland’s full operating day on that date).

However, as the information is constantly being updated, Disneyland modified its website, canceling the long-awaited reopening and extending the already lengthy closure of the attraction.

We can’t wait to explore the reimagining of the classic Disney attraction once it officially opens and see all the fantastic updates the Adventureland Treehouse will bring to Disneyland. After all, who wouldn’t like to live in a tree at Disneyland?

Are you excited about the opening of Adventureland Treehouse? Will you visit Disneyland to experience it soon? Let us know in the comments below!