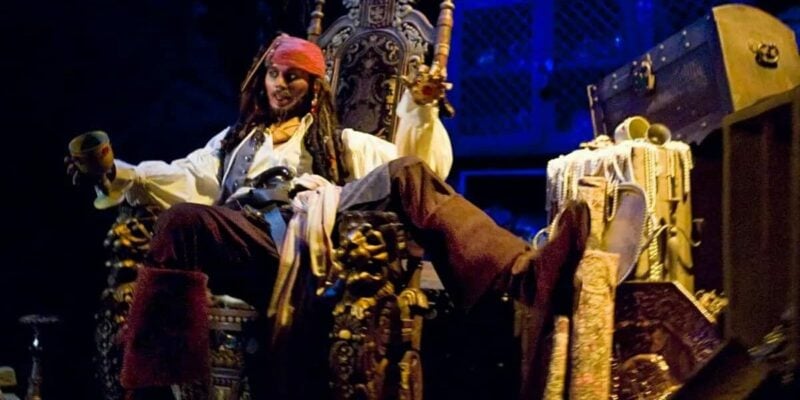 There are a few more things missing from Disneyland’s iconic ride.

When visiting Disneyland in Anaheim, California, Guests have a wide array of rises and attractions to experience. From classic thrill rides like Matterhorn Bobsleds and Big Thunder Mountain Railroad to slow-moving dark rides such as Haunted Mansion and Peter Pan’s Flight, the iconic Disneyland Resort has it all.

The addition of Star Wars: Galaxy’s Edge brought in a whole host of new rides, attractions, and experiences as well, most notably with Star Wars: Rise of the Resistance.

But perhaps the most legendary attraction of them all involves pirates, lots and lots of pirates.

Sure Disneyland now offers some truly high-tech and immersive experiences, but for many, nothing beats the original Pirates of the Caribbean. The ride is what a lot of Guests first think of when thinking about Disneyland. Opened in 1967, Pirates of the Caribbean was the last attraction whose construction was envisioned and personally overseen by Walt Disney, as he would pass away only three months before it opened.

It instantly became a fan favorite and an icon for Disneyland Resort. Of course, the ride eventually made its way to Orlando, Florida, after Guests demanded a version of the ride to be built in the Magic Kingdom.

Unfortunately, due to the age of the attraction, it experiences downtime often. The ride went through a refurbishment earlier this year which saw the exterior get reworked. Just a few weeks ago, Guests noticed that several animatronic figures were missing from the ride.

This trend has continued, with more figures reportedly going missing. A few fans discussed this change online, theorizing as to why the figures were removed in the first place. At this time, we do not have a reason as to why Disney decided to remove these figures, but we hope it’s only due to maintenance and that they will return soon.

We see this happen with other animatronics on attractions such as Na’vi River Journey in Animal Kingdom and with Kylo Ren on Star Wars: Rise of the Resistance at both Disneyland and Walt Disney World.

While Pirates of the Caribbean is synonymous with theme park attractions, it also happens to be one of Disney’s biggest movie franchises.