Disney's New Film Turns Into Massive Flop, Bombing at The Box Office - Inside the Magic 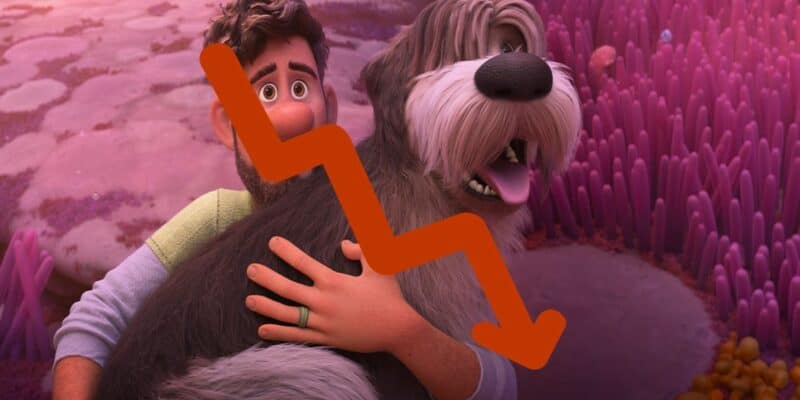 Disney has an incredibly-long catalog of animated features, ranging from 2D classics to 3D epics. The Walt Disney Company’s latest animated feature film is Strange World (2022), an adventurous and ambitious new movie led by filmmaker and director Don Hall, who also co-directed some major Disney movies such as Winnie the Pooh (2011), Big Hero 6 (2014), Moana (2016), and Raya and the Last Dragon(2021).

The film officially released on November 23, 2022, and looks like another great, heartwarming Disney adventure. Unfortunately, hardly anyone showed up to see the movie, with reports indicating it could be one of the Walt Disney Company’s biggest flops of all time.

The animated movie will follow a family and motley crew of explorers spanning three generations, known as the legendary Clades. The lasThe Dom Hall and Qui Nguyen-directed epic is the 61st animated film from the animated movie giant, following the Clades family as they explore the mysterious planet Avalonia.

However, 61 may prove to be the tipping point, with Disney set to lose well over $100 million during the film’s box office run.

We had already reported on the scary-looking box office numbers for the film, but standing well over two weeks after the film’s official release, things never picked up.

While it’s always hard to tell how well-received a movie will be, especially since Disney’s Encanto (2021) became a smash-hit well after its official release, the audience score for Strange World is not very promising.

Strange World is facing the worst Audience Score in the Studio’s entire animation history, receiving a “B” rating on CinemaScore from moviegoers. This is now the worst rank for a Disney animated film ever and the only one to drop below an “A-.“

The film became a massive talking point, primarily due to the fact that it included Disney’s first openly gay teenage character, with the film partially dealing with the romance of Ethan Clade and his crush. Inside the Magic wrote:

Now, of course, the announcement came with the usual backlash over Disney including LGBTQIAP+ characters in its projects. Earlier this year, many boycotted, review-bombed, and even put signs on movie theater doors, over the short scene in Disney and Pixar Animation Studios’ Lightyear (2022), which showed two women embracing in a kiss. While the box office returns may have nothing to do with this inclusion, it’s very likely that the LGBTQ-centered relationship will take a lot of the blame for Strange World’s abysmal numbers.

Strange World is helmed by director Don Hall, who also co-directed some major Disney movies such as Winnie the Pooh (2011), Big Hero 6 (2014), Moana (2016), and Raya and the Last Dragon (2021), the new animated film promises to be an action-packed, adventure-filled romp through a magical world, featuring a family of explorers spanning three generations, known as the legendary Clades. This colorful cast of characters will navigate their relationships and differences, trying to pull off their most recent and crucial mission yet, while also navigating a strange new world.

Have you seen the movie? What did you think of it?