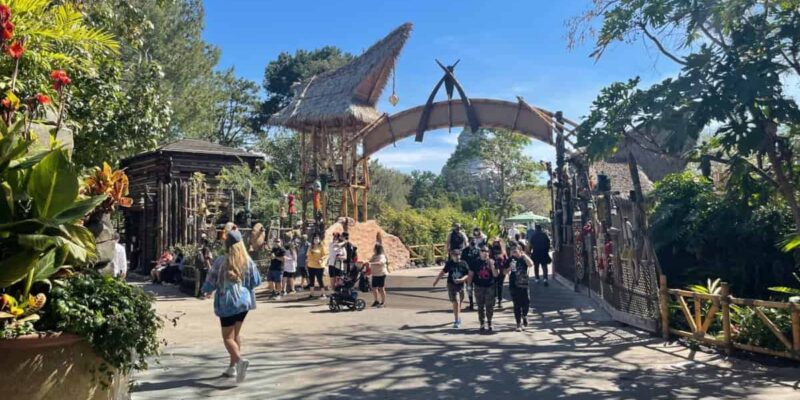 Disney just made an interesting decision.

Tarzan’s Treehouse has been a staple of the Disneyland Resort ever since it opened in 1999. The interactive attraction replaced the also-iconic “Swiss Family Treehouse,” which can be found at Walt Disney World in Orlando, Florida.

Tarzan’s Treehouse has remained closed since September 2021 as Cast Members carried out an extensive refurbishment, even removing several parts of the attraction, with initial rumors of an Encanto-inspired retheming.

While the Encanto retheming did not come to fruition, Disneyland did eventually reveal that Tarzan’s Treehouse would reopen as “Adventureland Treehouse” inspired by Walt Disney’s Swiss Family Robinson.

The official Disneyland website was recently updated, adding available times for Tarzan’s Treehouse — which will probably be updated to Adventureland Treehouse on Disneyland’s website soon — starting Saturday, February 11, 2023, from 8 a.m. through 12 a.m. (Disneyland’s full operating day on that date).

However, in a very interesting turn of events, these dates and times have been wiped from the website.

After posting operating hours for the Adventureland Treehouse yesterday, all dates and times previously mentioned have been removed from the Disneyland website, effectively extending the retheme of the attraction. The following message can be found on the official attraction website:

An exciting refresh is coming soon! Tarzan’s Treehouse is undergoing a transformation—and will reopen in a fresh, new way in 2023 as Adventureland Treehouse, a whimsical attraction inspired by Walt Disney’s Swiss Family Robinson

Tarzan’s Treehouse opened in 1999 to Disney Guests as a walk-through attraction that showcases the story of Tarzan with treehouse rooms that closely resemble those of salvaged parts from a shipwreck, according to the Disneyland attraction’s backstory. Before the attraction was Tarzan’s Treehouse, it was known as Swiss Family Treehouse, which opened to Disney guests in 1962, and featured concrete roots, steel limbs, and 300,000 leaves.

Are you excited to see this classic attraction return to Disneyland?