5 Reasons Why You Should Watch 'Last Christmas' - Inside the Magic 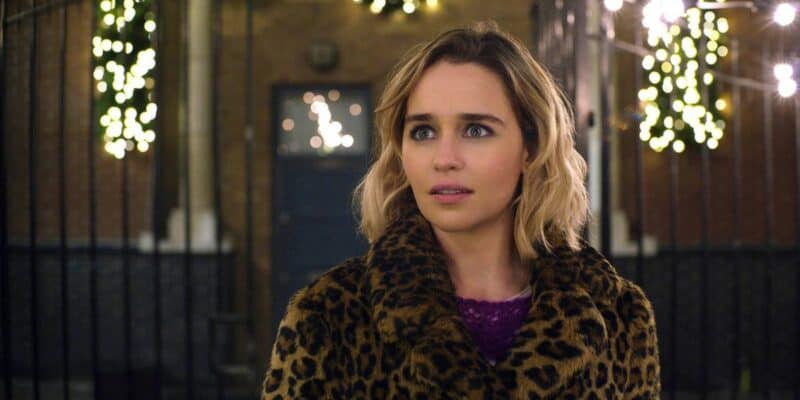 Last Christmas (2019) is fairly new to the Christmas movie collection, but we think it’s criminally underrated. Directed by Paul Feig, the film is a love letter to the season, to London, and to the late legendary pop singer George Michael. In fact, Last Christmas is one of many Christmas classics that deserve more attention — and here’s why!

As you would expect from a Christmas movie, Last Christmas is bursting at the seams with colorful characters. Beyond our compelling, self-destructive protagonist Katarina “Kate” Andrich (Emilia Clarke) — who is not without a good dose of humor — there are many other characters brought to life by renowned actors, from Michelle Yeoh to Emma Thompson.

Santa (Michelle Yeoh) is Kate’s boss at a Christmas store in Central London, and she’s the source of some hilarious insults when it comes to the employee she nicknames “Lazy Elf”. And then there’s Kate’s mother Petra Andrich (Emma Thompson), an overprotective and overbearing parent who’s oftentimes hilariously inappropriate.

But it’s not all about the comedy — Tom Webster (Henry Golding) is a delightful character with an infectious burst of positivity, and his chemistry with Kate is the stuff mistletoes are made of.

2. Echoes of A Christmas Carol

It tends to be the case with most Christmas tales, in that the main protagonist (who, in a sense, often starts out as the antagonist, though it’s usually a little more complicated than that) is somewhat derivate of Ebenezer Scrooge, the iconic merry-less miser from Charles Dickens’ timeless novel “A Christmas Carol” (1843). But we mean this in a good way.

Kate is no exception, as she has all the hallmarks of such a character — she’s grumpy, pessimistic, disenfranchised, self-centred, inconsiderate, and has no faith (you’ve gotta have faith). As she’s more of a comedy character than Scrooge, though, perhaps she’s more comparable to the Grinch, but let it be said that the Whoville pariah is also seemingly derived from old Ebenezer.

Either way, Kate’s character arc, which sees her go from all the above to a more positive, grateful, and gracious individual, really lends to the film’s overarching theme of goodwill.

You might argue that a soundtrack doesn’t make a movie, but there are probably many people who would vehemently disagree. Can you imagine Titanic (1997) without the late James Horner’s haunting, Gaelic-inspired score? Okay, we’re not suggesting that the Last Christmas score is comparable to that of Titanic, but its songs are quite literally the work of genius.

Last Christmas is inspired by the iconic song of the same name by the late pop legend George Michael. In fact, so is the entire premise of the film, but don’t worry, we will respectfully avoid any spoilers. The film features many songs from George Michael, as well as hits from Wham! (there’s even a blink-and-you’ll-miss-it cameo from the other half of Wham!, Andrew Ridgeley).

One stand-out song in the film is George Michael’s “Praying For Time”, which is about the homeless, a cause that was close to the singer’s heart, and which he insisted should play heavily into the film.

What really makes a Christmas movie is, besides a solid story and all the wonderful characters that populate it, are the themes. The same can be said about any film, but there’s something about those of the festive variety that allow themes to feel a little more potent, while also serving as something of a reminder to the viewer. This is, after all, the season of goodwill.

As we’ve already mentioned, Last Christmas includes messages about those living in hardship — in this case, it’s the homeless. While this isn’t the main plot of the film, it’s a through-line that the film continues to revisit, as the character Tom spends all of his time helping out at a homeless shelter in Central London, where Kate eventually tries to track him down.

In trying to find out more about Tom, Kate herself winds up helping out at the homeless shelter, which, in turn, leads her to do some much-needed self-reflection.

Last Christmas is an uplifting film, but it also comes with a third-act revelation that will have you reaching for a handkerchief! But the twist isn’t just there for cheap thrills — it really lends to the themes of helping others, while ultimately serving Kate’s dramatic character arc.

Another aspect to this film that will have you balling your eyes out by the time the credits roll is the fact that it’s a love letter to George Michael, and a beautiful one at that. The legendary singer’s “last Christmas” was in 2016, as he tragically passed away on the morning of December 25.

Last Christmas actually takes place in 2017, as director Paul Feig didn’t want the film to end on the same Christmas George Michael died. In an interview with Digital Spy in 2019, Feig said, “I was thinking, ‘But George died on Christmas morning of 2016’. I didn’t want this to be the movie where you’re suddenly like, ‘George is dead’. That’s not what this movie [is]. It’s a very celebratory movie about him and his life.” The 2017 setting also allows for the film’s “Brexit” subplot.

As per Universal Pictures, here’s the official synopsis for Last Christmas:

Kate (Emilia Clarke) harumphs around London, a bundle of bad decisions accompanied by the jangle of bells on her shoes, another irritating consequence from her job as an elf in a year-round Christmas shop. Tom (Henry Golding) seems too good to be true when he walks into her life and starts to see through so many of Kate’s barriers. As London transforms into the most wonderful time of the year, nothing should work for these two. But sometimes, you gotta let the snow fall where it may, you gotta listen to your heart… and you gotta have faith.

What do you think of Last Christmas? Let us know in the comments down below!

Comments Off on 5 Reasons Why You Should Watch ‘Last Christmas’