6 Christmas Classics That Deserve More Attention - Inside the Magic 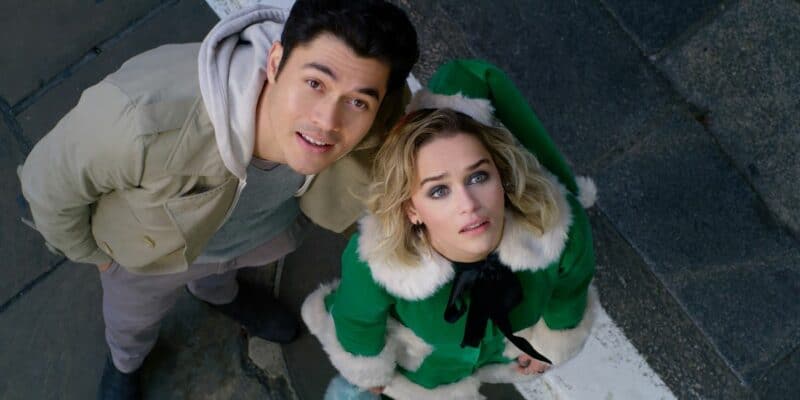 There have been countless Christmas movies over the years. Some of them have gone on to become classics, others not so much. But there are a fair few that often get overlooked. Though undoubtedly beloved by many, these festive flicks simply haven’t got the recognition they’ve deserved since their release — at least not as much as they should have.

So here are six very underrated Christmas movies you should definitely watch over the Holidays!

Last Christmas (2019) is named after and inspired by the iconic song of the same name by late legendary pop singer George Michael. Directed by Paul Feig and co-written by Emma Thompson, the film follows Katarina “Kate” Andrich (Emilia Clarke), an aspiring singer with self-destructive tendencies who works in a Christmas shop in Central London.

One day, Kate meets the wonderful Tom Webster (Henry Golding), a mysterious man who dedicates most of his time to helping out at homeless shelters, and who teaches Kate to start “looking up” and see the beauty in things. If you’ve yet to watch Last Christmas, though, we won’t go any further, as anything else might be deemed spoilerific!

What we will say is that this film did not get the recognition it deserved upon its theatrical release. Hopefully, over time, many will come to appreciate this heart-warming story and its important themes of those living in incredible hardship. And then, of course, there’s the “twist” – if it doesn’t leave you reaching for a handkerchief, we don’t know what will!

A Christmas Carol (2009) is one of many big-screen adaptations of Charles Dickens’ timeless 1843 novel of the same name, but despite being computer-animated, it’s among the most faithful, while Jim Carrey’s depiction of the old miser Ebenezer Scrooge is arguably flawless.

Say what you will about how “creepy” the human characters might look in this film — The Polar Express (2004), which is also directed by Robert Zemeckis, is often the target of the same criticism — but you can’t deny that the animation brings with it an indescribable charm (and perhaps an equally implacable eeriness too — we’ll give you that).

A Christmas Carol is a timeless tale that is as relevant as ever. And who better to convey its themes of good will than through a central character who seemingly possesses none? Jim Carrey isn’t the only unrecognizable actor at work here, as the film also stars Gary Oldman (Bob Cratchit), Colin Firth (Fred), and Bob Hoskins (Fezziwig).

There’s no denying that Home Alone 2: Lost in New York (1992) is a beloved Christmas classic, but many people prefer the original Home Alone (1990). As such, we think the sequel gets overlooked quite a bit, despite the fact that it’s just as iconic as its predecessor. Talkboys, Sticky Bandits, Pidgeon Ladies, and Duncan’s Toy Chest? You got it!

Macaulay Culkin reprises his role as Kevin McCallister, but this time, instead of finding himself home alone, he winds up lost in one of the biggest cities in the world, where he must spend “another Christmas in the trenches” as he vows to protect a toy store from Sticky Bandits Harry (Joe Pesci) and Marv (Daniel Stern), who plan to rob it on Christmas Eve.

There are many things to love about Home Alone 2: Lost in New York, whether it’s the heart-warming score by John Williams, the outlandish traps Kevin sets out for his foes, or the character of Kevin McCallister himself, who’s perhaps one of the most selfless and likable heroes in the Christmas movie genre!

4. Harry Potter and the Sorcerer’s Stone

Harry Potter and the Sorcerer’s Stone (2001) is another Christmas film from director Chris Columbus (he also directed the first two Home Alone films and Harry Potter and the Chamber of Secrets), although, perhaps understandably, many people wouldn’t necessarily choose to watch this over the Holidays.

Though it spans an entire school year, the first entry in the Harry Potter film series couldn’t feel any more festive if it tried. Watching young Harry Potter (Daniel Radcliffe) discover the magic of the Wizarding World for the first time isn’t unlike discovering the magic of Christmas as a young child.

From the moment he receives his letter of enrollment (one of thousands, of course), Harry explores the cobblestoned Diagon Alley, boards the cozy Hogwarts Express, and makes himself at home in the Gryffindor common room inside Hogwarts castle. It really doesn’t get more festive than this!

Inspired by the 1978 book of the same name by the late Raymond Briggs, The Snowman (1982) is a beloved animated Christmas classic — at least on that side of the Atlantic. These days, many British films go on to become just as popular in the US, however, the fact that this film was released onto television in 1982 explains why it’s relatively unknown across the pond.

While it’s only 27 minutes long, The Snowman tells a story about a young boy who builds a snowman on Christmas morning, which comes to life and takes him on a great adventure to the North Pole, where he meets Father Christmas. There’s no dialogue in the film, but the soundtrack by Howard Blake is mesmerising.

To say that The Snowman is an uplifting Christmas film, though, would be a lie. What this film captures so well is the bittersweet atmosphere of Christmas — that it disappears as quickly as it arrives. If you plan on checking it out, be sure to also check out the other two films in the series — Father Christmas (1991) and The Snowman and the Snowdog (2012).

6. Jingle All the Way

Jingle All the Way (1996) stars Arnold Schwarzenegger as workaholic father Howard Langston, who fails to buy his son Jamie (Jake Lloyd) hot-toy-of-the-year Turbo Man, and ends up learning the hard way that last-minute Christmas shopping is a very bad idea.

When it comes to audiences, Jingle All the Way is certainly a mixed bag. You have one camp that absolutely adores this film, and the other that thinks it’s really bad. But despite its many imperfections, Jingle All the Way actually works a lot better if you view it as more of an adult-comedy than a family-friendly one.

Sure, it’s accessible enough, but Jingle All the Way, with all its cynicism and commentary on commercialism, is a comedy for the parents, echoing real-life Christmas “gold-rushes” when people would fly all over the world to buy their kids sell-out toys like Woody and Buzz Lightyear from Toy Story (1994), or one of the Mighty Morphin Power Rangers!

Do you like any of these Christmas movies? Let us know in the comments down below!

Comments Off on 6 Christmas Classics That Deserve More Attention