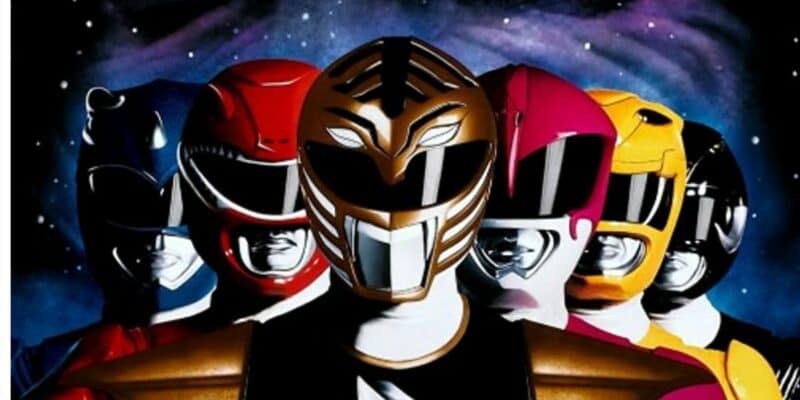 In an age dominated by superhero movies from the Marvel Cinematic Universe and the DC Cinematic Universe, it’s all too easy to forget Mighty Morphin Power Rangers: The Movie (1995), the big-screen adaption of the hugely popular ’90s television show.

Power Rangers became the successor to Teenage Mutant Ninja Turtles, taking the world by storm and dominating toy shelves and television sets for years to come. And like the Ninja Turtles did in 1990, when the Power Rangers hit movie theaters, there was no stopping it.

The film grossed $66.43 million worldwide against a budget of $15 million, and though it wasn’t met with the best reception from critics, it wowed fans of the television show, and in the 27 years since its release, has become widely loved by the Power Rangers community.

But does it still hold up after all these years, or is it one of many forgettable cheesy ’90s flicks? Well, for starters, it helps if you’re a fan of the Power Rangers, and if you are, then you’ll probably love the major Hollywood-upgrade this film gets.

Here are a few reasons why Mighty Morphin Power Rangers: The Movie is still worth watching!

1. Everything Gets an Upgrade

Not only did Mighty Morphin Power Rangers: The Movie have a much bigger budget, unlike the show, which borrowed a ton of footage from Japanese show Super Sentai (1975), it uses original footage from start to finish, made fresh for the silver screen.

The film looks a lot better, with the Rangers’ brand-new armored costumes and their computer-generated “Zords” bringing plenty of shine. Even the Command Center gets an upgrade, as does the Moon-based lair of Rita Repulsa (Julia Cortez) and Lord Zedd (Mark Ginther).

The film’s soundtrack is loaded with ’90s gems, with hits from bands such as Red Hot Chili Peppers, Devo, Shampoo, They Might Be Giants, and Snap!, while the title track “Go Go Power Rangers” by The Power Rangers Orchestra is surprisingly epic and very nostalgia-inducing.

There’s even some Van Halen in there, with the undeniably uplifting track “Dreams” playing during Angel Grove’s saving-of-the-day celebrations. In fact, the ending of Mighty Morphin Power Rangers: The Movie might just be one of the most feel-good in a superhero film.

You might say that the film is “oozing” with as much charm as it is purple slime (courtesy of Paul Freeman’s Ivan Ooze), a quality its colorful character ensemble brings to the table, as does the gorgeous score by Graeme Revell, which echoes more Star Wars than it does Power Rangers.

But the film is also incredibly cheesy in parts (in which case you could say it has as much cheese as it does ooze). And it has every right to be — this is Power Rangers, and it’s the ’90s. Even the 2017 reboot knows well enough not to take itself too seriously by the time the third act rolls in.

4. The Heroes and Villains Are Great Fun

As for the villains, Paul Freeman hams things up and then some as the purple overlord Ivan Ooze, while Lord Zedd, Rita Repulsa, and Goldar (Kerry Casey) make a great comedy trio, as they wind up rooting for the Rangers during their third-act battle against Ooze.

But do all these things make a good film? Well, in the case of Mighty Morphin Power Rangers: The Movie, they help. The film isn’t without its flaws, but it’s great fun to watch your favorite childhood heroes unleash the power against hilarious new villain Ivan Ooze (Paul Freeman).

It’s also a nostalgic roller coaster ride, and takes us back to a time when superhero movies didn’t even think about taking themselves too seriously, or serving a wider franchise. While the superhero genre has dominated theaters for the last 12 years, perhaps the ’90s was its real heyday.

Fortunately, the 2017 reboot helped to break things up a little in recent years. It’s just a shame we won’t ever get a sequel. There is, however, yet another reboot in the works!

Power up with six incredible teens who out-maneuver and defeat evil everywhere as the Mighty Morphin Power Rangers! But this time, the Power Rangers may have met their match when they face off with the most sinister monster the galaxy has ever seen — Ivan Ooze. Unleashed upon the good citizens of Angel Grove after six thousand years of imprisonment, Ivan Ooze strips the Power Rangers and their leader, Zordon, of their powers. Now the Power Rangers must journey to a distant planet to learn the secrets of the ancient Ninjetti. Only then will they become empowered with a force strong enough to restore their Morphin ability and defeat the evil Ivan Ooze. Join the Mighty Morphin Power Rangers and their new Ninja Megazord as they fight to save Angel Grove, and the world from the forces of evil!

The film is now streaming on Disney+.

On November 20, Power Rangers legend Jason David Frank tragically passed away. He will be remembered by his fans for bringing much joy to their childhoods, while also sharing with them his passion and personality at countless comic conventions over the years.

Are you a fan of Mighty Morphin Power Rangers: The Movie? Let us know in the comments down below!