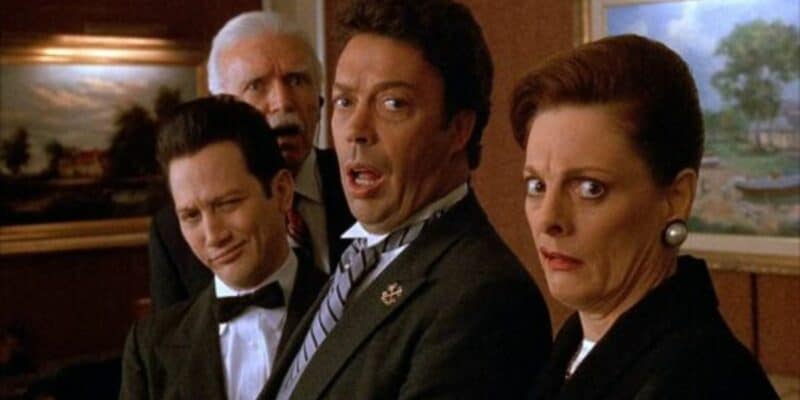 Director Chris Columbus has given us some great movies over the years, although many don’t realize that when it comes to Christmas movies, there’s no other director quite like him. Not only are some of his festive flicks among the classics, he’s also churned out his fair share!

So here are all five Christmas movies from Chris Columbus, ranked from worst to best.

The Christmas Chronicles (2020) was a surprise hit when it came down our chimneys back in 2020. Kurt Russell instantly warmed hearts as Santa, and the film managed to capture that indescribable charm of ’90s Christmas movies.

Plenty of thanks are also owed to Darby Camp, who’s infectiously endearing as Kate Pierce. Unfortunately, The Christmas Chronicles 2 lacks the magic of its predecessor, and like The Santa Claus sequels, it makes the mistake of switching the real world for mostly North Pole-related stuff.

Julian Dennison’s performance as Belsnickel, an elf who has become human after betraying Santa and his wife Mrs. Claus (Goldie Hawn), is also completely humorless and at times cringe-worthy. Impish or admirable? Definitely impish!

4. Harry Potter and the Chamber of Secrets

Chris Columbus returns to direct the second installment in the popular Wizarding World franchise, and though he was originally set to helm Harry Potter and the Prisoner of Azkaban (2004), unfortunately Chamber of Secrets marks his exit from the film series.

But never mind, because once again Columbus delivers a film that wields a ton of magic and captures the book upon which it’s based brilliantly. While Harry Potter and the Chamber of Secrets isn’t actually set at Christmas, it’s one of the more family-friendly entries in the series.

That’s not to suggest that there’s anything particularly heart-warming about watching Harry Potter (Daniel Radcliffe), Ron Weasley (Rupert Grint), and Hermione Granger (Emma Watson) try to survive a giant, man-eating Basilisk, but this is still a film you’ll enjoy over the Holidays.

Home Alone (1990) is a bonafide classic, and it’s Chris Columbus’ first outing into Christmas movie territory. It’s also the first time Kevin McCallister (Macaulay Culkin) gets left home alone to fend for himself over the Holidays, while also having to face off against two crooks.

Luckily, Kevin is a resourceful kid, and the “Wet Bandits”, Harry (Joe Pesci) and Marv (Daniel Stern), wind up picking the wrong house to burgle at Christmas, as the 10-year-old boy creates a series of traps that will make the pair think twice about taking during the season of giving!

Even one film into his Christmas collection and it’s clear that Chris Columbus has a flair for telling stories that take place during the festive period. Unlike many modern Christmas movies, Home Alone doesn’t rely on Santa Claus or the North Pole to leave you feeling warm and fuzzy inside.

But Home Alone isn’t just a heart-warming Christmas movie — it’s also a laugh-out-loud comedy, even before we watch Kevin McCallister torture Harry and Marv with everything from tins of paint to micro-machine cars. It has, however, as you can tell, lost to its 1991 sequel…

2. Harry Potter and the Sorcerer’s Stone

Sure, there’s no Father Christmas in sight, or anything you might find to live in the North Pole for that matter, but there are Snowy Owls, cold castles, crackling common room fires, woolly jumpers, chocolate frogs, cosy steam train cabins, and all sorts of other festive features.

Harry Potter and the Sorcerer’s Stone depicts Harry Potter’s discovery of the Wizarding World, which captures that same wide-eyed wonder of a child who wakes up to find presents under the tree on Christmas (which usually doesn’t involve murderous wizards, we’ll give you that).

If you forget the fact that Harry winds up melting one of the Hogwarts teachers with the simple touch of his hand, or the three-headed dog that tries to eat first-year students, or the troll that nearly crushes Hermione to death, you can have a pretty jolly time with this film!

Now here’s a number-one entry that’s sure to rattle some cages! Home Alone 2: Lost in New York (1991) is the first of many follow-ups to Home Alone, but it’s the only one anyone cares about. Why? Because Macaulay Culkin made the very wise decision not to return after this film.

This time, just as the title says, Kevin McCallister (Macaulay Culkin) finds himself lost in New York over the festive period, after his wonderful family once again forgets all about him while en route to another vacation thousands of miles away from the reliably-snowy Chicago.

Though equally iconic, Chris Columbus’ second and final installment in the Home Alone series is superior to the 1990 film in every way. This time, Kevin is in the Big Apple, where he meets a number of memorable characters, from Mr. Hector (Tim Curry) to the “Pidgeon Lady” (Brenda Fricker).

And though the traps are also a lot more entertaining than the first time around, the stronger parts of Home Alone 2: Lost in the New York are the heart-warming storylines, such as Kevin’s friendship with the Pidgeon Lady, and saving Duncan’s Toy Chest from the Sticky Bandits.

Do you agree with this ranking? Let us know in the comments down below!