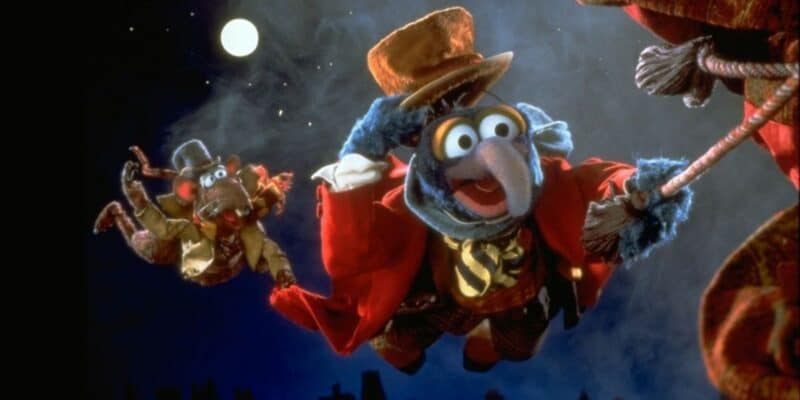 To even ask whether or not Disney is working on a sequel to The Muppet Christmas Carol (1992) will likely upset some fans. After all, the 1992 Christmas classic is beloved by many, and for 30 years has remained untampered with — unless you include the extended cut that’s soon to be released on Disney+ for the film’s 30th anniversary.

But in a time where Disney is churning out sequels to many ’90s classics, whether in the form of a film or a television show on Disney+, it’s only reasonable to ask the question. Last year, Home Sweet Home Alone (2021) broke onto the streaming service, and more recently, the long-awaited Hocus Pocus 2 (2022), was finally conjured up.

And now, The Santa Clauses (2022), the follow-up to The Santa Clause Trilogy, with Tim Allen back in the big red boots, has arrived just in time for a Christmas, while Disenchanted (2022) has also magically appeared on there too. Is there any stopping these straight-to-streaming sequels?

Either way, this does have us wondering whether or not Disney is secretly working on a sequel to The Muppet Christmas Carol. We know what you’re thinking — the film is inspired by the 1843 Charles Dickens novel. As such, could Disney even make a sequel? Well, never say never!

But you’ll be glad to know that there’s nothing in the works — as far as we know, anyway. And though it’s incredibly unlikely that a film based on a novel will get a sequel of any kind, these days, all bets are off where sequels are concerned. If there’s money to be made, Disney will be there!

So, for now, we can all relax and look forward to The Muppet Christmas Carol Extended Cut! In other words, there’s no need for any bah-humbugs just yet.

The Muppets Christmas Carol Extended Cut will be released on Disney+ on December 11. The new version of the film will feature the restored song “When Love Is Gone”.

Would you like to see a sequel to The Muppet Christmas Carol? Let us know in the comments down below!