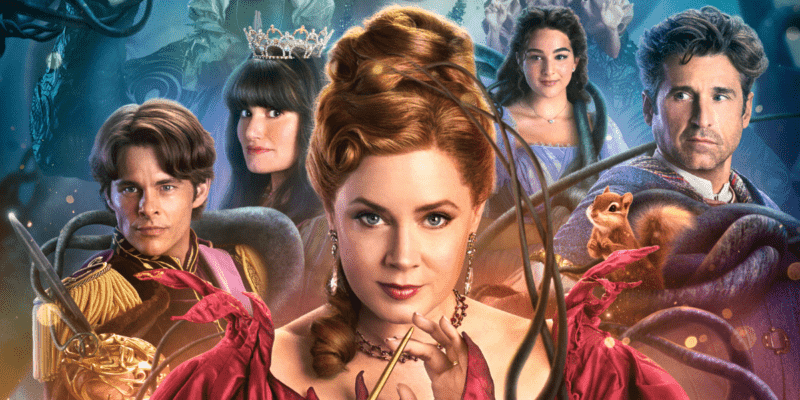 Disney has modified the release date for the highly anticipated sequel ‘Disenchanted,’ but is this change really that bad?

Fans had waited 15 years to learn more about the story of Giselle and Robert Philip after the characters captivated the hearts of millions in 2007 when Enchanted was released. While Disney announced the premiere date for the highly anticipated sequel during Disney’s D23 Expo earlier this year, the company has decided to change the release date, previously scheduled for November 24, 2022.

While these changes often mean fans will have to anxiously wait for the film’s premiere for even longer, the recent change was actually for the best, as Disenchanted is now scheduled to premiere on November 18, per a Disney press release, almost a whole week ahead of its original schedule!

Disenchanted follows the story of Giselle (Amy Adams) and Robert Philip (Patrick Dempsey) fifteen years after the events of Enchanted, as they move from New York to Monroeville, where “your fairytale starts,” to start a new life as a family.

The suburb is overseen by Malvina Monroe (Maya Rudolph), who has mischievous intentions for the family. When Giselle wishes their lives were the perfect fairytale, a spell backfires, causing all sorts of trouble, making Giselle rush to save her family and homeland, the Kingdom of Andalasia, before the clock strikes midnight.

The film will have a star-studded cast starring Disney Legends Amy Adams, Patrick Dempsey, and Idina Menzel, who will be reprising their roles as Giselle, Robert Philip, and Nancy Tremaine, respectively, along with Maya Rudolph, Yvette Nicole Brown, Oscar Nunez, and James Marsden.

If you need to freshen up your memory, the synopsis for Enchanted (2007) reads:

For princess-to-be Giselle, life is a fairytale… until she’s banished from the animated land of Andalasia by an evil queen and thrust into the very unmagical live-action world of modern-day Manhattan. When a cynical, no-nonsense divorce lawyer comes to her aid, little does he realize that this joyful, wide-eyed innocent is about to enchant him.

While this change may not sound too significant, especially after a 15-year-long wait, the idea of seeing Giselle and Robert return to our screens sooner is exciting!

Disenchanted will likely be a massive hit for Disney+, especially after the tremendous success of Hocus Pocus 2, another long-awaited Disney sequel, which became the biggest premiere on the platform.

Are you excited about the premiere of Disney’s Disenchanted? Let us know in the comments below!