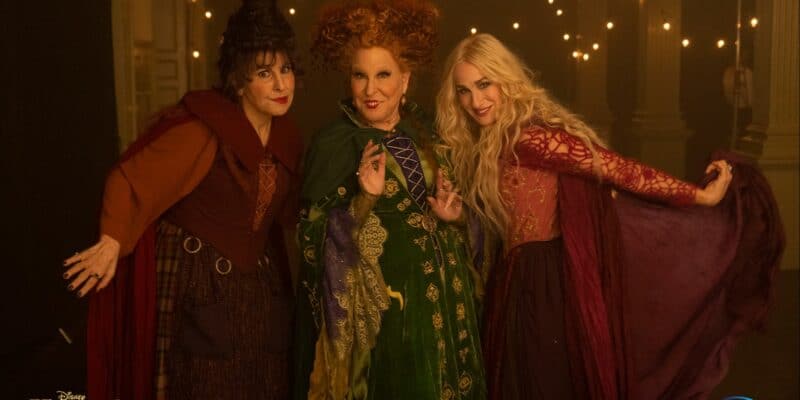 Disney+ (@DisneyPlus) recently announced that the highly anticipated sequel to the 1993 hit film Hocus Pocus had become the number one film premiere on the streaming platform in the United States. The debut proves that the Sanderson Sisters can still put a spell on audiences, as the movie received a record-breaking number of hours streamed in the first three days since its release on Friday, September 30, per Disney.

Thank you to the magical Hocus Pocus community for making #HocusPocus2 the #1 film premiere on #DisneyPlus to date!

Thank you to the magical Hocus Pocus community for making #HocusPocus2 the #1 film premiere on #DisneyPlus to date! pic.twitter.com/mGRbScYHzf

With the whopping success of this sequel, it could be possible for Disney to continue to extend this beloved franchise, especially since the stars are more than willing to continue to bring their characters to life.

Last week, Bette Midler told PEOPLE that the cast and crew knew the story had more to give beyond the beloved first film.

“It wasn’t like a crazy, aggressive push,” she continues. “It was just that we felt that it had a life outside of what it had had. And eventually 30 years later, they came to their senses!”

Sarah Jessica Parker recently told Extra she would sign on for a third Hocus Pocus if Midler also joined the project. “Bette is already starting rumors,” she said of a potential sequel. “I hitch my wagon to her star. If she wants to do a third one… No one says no to the Divine Miss M.”

Parker added that she didn’t think there would ever be a sequel — but Midler always thought it was possible: “Bette was the person who had this fervent wish that this would happen and could not be deterred from the idea. You should ask her, ’cause she will say, ‘Absolutely, I always imagined. I’ve been telling them for years.’”

While we would love to see more of the Sanderson Sisters, there is still no official word on any additional projects to further expand the Hocus Pocus franchise. Inside the Magic will update you if any details are released.

Nearly after 30 years of the premiere of the original Hocus Pocus in 1993, Bette Midler, Sarah Jessica Parker, and Kathy Najimy reprise their roles as Winifred, Sarah, and Mary Sanderson, along with Doug Jones, bringing Billy Butcherson (back) to life once more.

Have you watched Hocus Pocus 2 on Disney+? Tell us what you thought of it in the comments below!