Is 'Die Hard 2' a Christmas Movie? - Inside the Magic 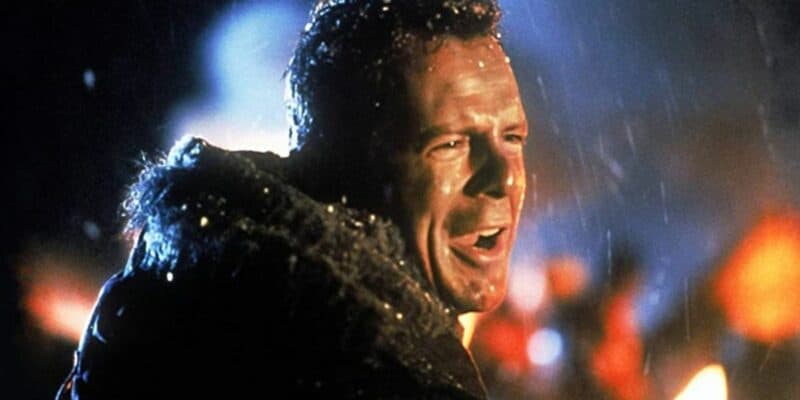 The long-running debate as to whether or not Die Hard (1988) is a Christmas movie has long been settled, with director John McTiernan stating a couple of years ago that it is. But the proof is also in the (Christmas) pudding — the film is as decorated with all things Christmas as one’s house during the month of December. Songs, settings, references — there’s even someone called Holly!

So, while it may not be your cup of hot cocoa, the debate can finally be put to bed. All is well on the Die Hard front. Unless of course you’re wondering if Die Hard 2 (1990) is a Christmas movie? Despite also being set during the Holidays, it doesn’t get anywhere near as much attention as the original film, so we’ll try to answer the question and give this film the spotlight it deserves!

So, is Die Hard 2 a Christmas movie? Well, the most obvious clue is the fact that it takes place on Christmas Eve (beyond this entry, no other Die Hard installment takes place at this most wonderful time of year). If that isn’t enough to convince you, then we don’t know what is. But seeing as there are many other giveaways, let’s get to them.

The film finds John McClane (Bruce Willis) poking his nose into some suspicious goings-on at Dulles International Airport in Washington DC (whose landing strips are covered in snow, by the way) while he waits for his wife Holly (Bonnie Bedelia) — and he’s right, a group of terrorists are about to take control of the communications tower, giving them access to all the planes in the air.

While there isn’t quite as much Christmas music or festive scores as the original film, there’s still plenty of jingle bells to be heard throughout John McClane’s second outing. Naturally, with the film being set on Christmas Eve, there are also many references to the Holidays. It is, after all, set in an airport, where everyone is travelling because it’s Christmas Eve.

With all of that said, there is a notable difference between Die Hard and Die Hard 2, and it all comes down to themes. Christmas plays heavily into the themes of the first movie, and it’s referenced so much that all the countless lines of dialogue that pertain to the season of goodwill are enough to justify the fact that Die Hard is a Christmas movie, never mind everything else.

Hans Gruber (Alan Rickman) and his band of not-so-merry men are professional thieves, and they want all the Christmas goodies that await them in the high-secure vault at Nakatomi Plaza. There are also traditional family themes, with John and Holly being estranged husband and wife, which enjoys a nice little arc by the time the film wraps (no pun intended).

Die Hard even has its own Christmas song with “Christmas in Hollis” by Run-DMC, as well as some festive scores, which have been sprinkled with seasonal sound effects such as sleigh bells and jingle bells. Die Hard 2, on the other hand, is only set at Christmas, and doesn’t have all these things, at least not to the same extend its predecessor does.

So, does this mean that Die Hard 2 isn’t a Christmas movie? Well, in short, no. It seems that all a film really needs to do to be considered a Christmas movie is take place over the Holidays, regardless of its rating. Die Hard 2 might not have been marketed as a Christmas movie, but its snowy setting pretty much speaks for itself. We think.

As per Disney+, here’s the synopsis for Die Hard 2:

John McClane is forced to battle mercenaries who seize control of an airport’s communications and threaten to cause plane crashes if their demands are not met.

All the Die Hard films are now streaming on Disney+.

Do you agree that Die Hard 2 is a Christmas movie? Let us know in the comments down below!