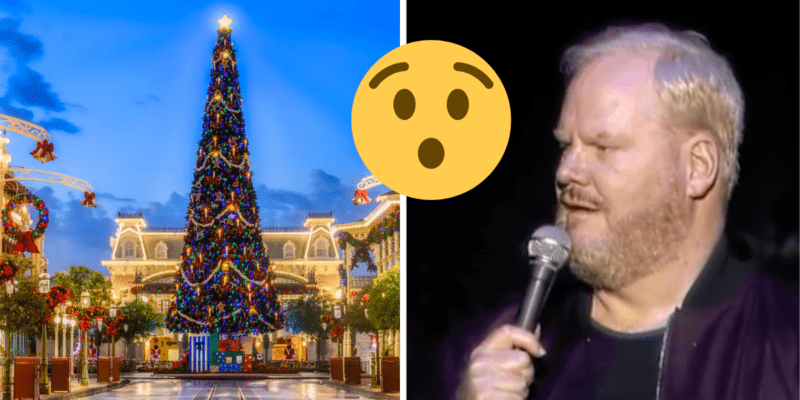 What could be better than The Most Magical Place on Earth at the Most Wonderful Time of the Year? Whether you’re headed to EPCOT for the International Festival of the Holidays and the Candlelight Processional or spending the night at Mickey’s Very Merry Christmas Party, you’re sure to enjoy festive offerings at Walt Disney World Resort this holiday season.

Each year, the Disney Parks boast the overnight transformation from Halloween to Christmas on November 1. This year was no different. But some want to offer a different perspective on Walt Disney World’s Christmas celebrations, from Disney Cast Members to comedian Jim Gaffigan!

Gaffigan, who has previously discussed his Walt Disney World Resort trips on Conan, shared this clip from a standup set on TikTok:

The comedian explained that his family spent Christmas Day in Magic Kingdom at Walt Disney World Resort. “Like Jesus would’ve wanted,” he joked.”

Related: Despite Price Complaints, Disney’s Very Merriest After Hours Is Selling Out

“Wow! That was a mistake. That was a bad idea,” Gaffigan said. “And I know people love Disney, and I want you to hear this: You’re wrong. It’s wrong.”

Gaffigan said that he doesn’t even remember any of the Holiday magic. “I keep learning that over and over again,” he continued. “I’ve been to Disney. I regret it. I go again. Like Disney is like my jalapeños. I always think, ‘I can handle this.’ And then a couple hours later, I wish I was dead.”

It seems like Guests can expect to spot Gaffigan at Magic Kingdom next Christmas Day, learning the same lesson all over again!

Have you ever spent Christmas Day at Walt Disney World Resort or Disneyland Resort?