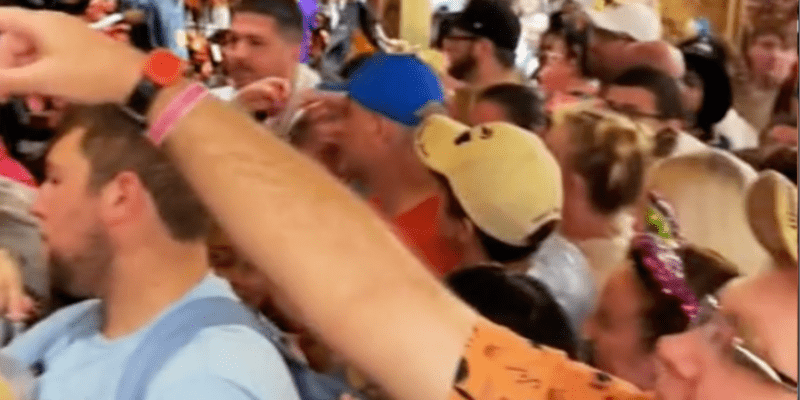 Life hasn’t been easy recently for adult Disney fans. Many so-called “Disney Adults” have been the target of relentless harassment, such as one woman who shared a video of herself hugging Pluto for the first time since the start of the COVID-19 pandemic. Some critics have even called being a Disney Adult a “mental illness,” while others compared it to a religion.

One phenomenon, however, has turned “Disney Adults” on each other: merchandise resellers. Resellers are known to mass-purchase exclusive merchandise, with many viral images of in-store hoarding inciting fury among Disney fans. Some resellers even sell items that were given away for free!

It started when u/jthaitea posted on Reddit: “Does anyone hate re-sellers as much as I do? There’s so many times I have gone to buy something but they’re sold out at the parks and then I see a bunch listed on re-sell sites.”

Of course, the answer was yes. The post received hundreds of votes of support and comments. “Yup. I hope their inventory doesn’t sell and they’re left with worthless junk,” u/L3onskii wrote.

“As a pin collector, it’s the worst,” u/xxwombocomboxx agreed. “I trade pins, not sell and seeing some of the pins I want being sold with an extra 0 on the end of their retail price is absurd.”

“I’m so sad that people take away the chance for others to just buy stuff at the regular price,” said u/general_grievances_7.

While World of Disney at Downtown Disney and Disney Springs and other popular merchandise locations often enforce purchasing limits on hot items, there’s nothing stopping resellers from going through the line multiple times. Some have been spotted in pairs, taking turns to check out with carts full of “limited per customer” merchandise.

For this reason, many Disney Park fans feel that resellers should face more severe consequences. “Disney used to crack down on these people by dropping down the ban stick on their passes,” u/analyzeTimes wrote.

Disneyland Resort and Walt Disney World Resort recently introduced new rules to combat increased violence at Disney Parks, so action against resellers could come soon. Inside the Magic will report any updates to Disney Parks rules.

What do you think about Disney merchandise resellers?