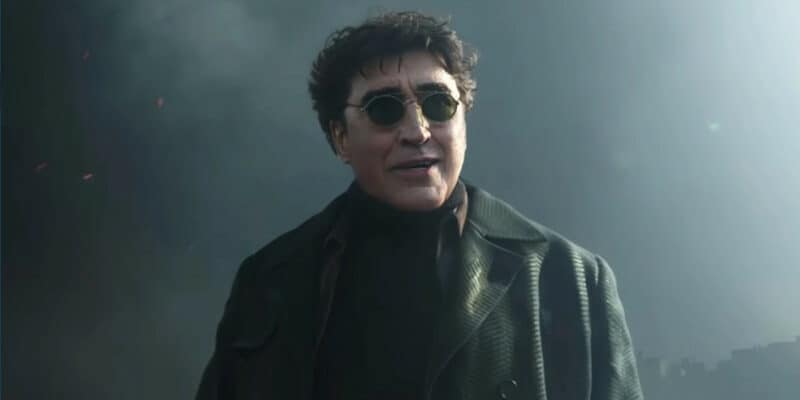 Could Otto Octavius (Alfred Molina) make another appearance in the Marvel Cinematic Universe?

Marvel Studios have proven themselves to be the masters of the crossover. The kind of buildup and attention to detail that they were able to muster for the first three phases of the Marvel Cinematic Universe were second to none, which made the payoff all the better. Eleven years after the release of the first film in their franchise, Iron Man (2008), Marvel Studios released what was, to that point, the most ambitious, and most impressive crossover film ever: Avengers: Endgame (2019).

Audiences jaws dropped on more than one occasion during that film, but when talking crossovers, Marvel fans the world over can all relate to getting goosebumps when the portals opened in the final battle. Iron Man (Robert Downey Jr.) was down for the count, Thor (Chris Hemsworth) was thrashed, and Steve Rogers/Captain America (Chris Evans), bloodied, and bedraggled tightened the strap on his shield, and prepared for what he thought was to be his final battle. Then: “On your left”. Audiences cheered as practically every superhero introduced to this point came through mystical portals generated by Dr. Strange (Benedict Cumberbatch) and his sorcerers, and the battle commenced.

As impressive, and stirring as that was, that was the end for the Marvel Cinematic Universe, and seemingly impossible crossovers. Just a few short years later, after massive amounts of rumor and speculation, Spider-Man: No Way Home (2021) was released, and audiences were treated to yet another amazing crossover event, that, like endgame, not only gave audiences fantastic fan service, but which was integral to the plot as well. Peter Parker (Tom Holland) while on a bridge in New York, pleading his case to a university official, encounters a classic Spider-Man villain from a parallel universe: none other than Doc Ock (Molina).

In some of their best performances, Doctor Octopus (Molina), Electro (Jamie Foxx), the Green Goblin (Willem Dafoe), and all three Peter Parkers, (Tom Holland, Andrew Garfield, and Tobey Maguire) gave audiences a treat they didn’t even know they’d been waiting nearly 20 years to see, and one many thought was impossible. Fans also got to see something completely unexpected for this past Spidey villains: a redemption arc for each and every one of them, one of the most touching being Otto (Molina) himself.

Well, Marvel Studios accomplished the impossible once, could they do it again? In a recent interview with Vanity Fair,  Alfred Molina gave a tantalizing answer when asked if he was returning to the Marvel Cinematic Universe:

“I can neither confirm nor deny.”

While scant on actual detail, it certainly sounds like it’s on the table for Molina to return. The Three Pines (2022) star went on to discuss what he hopes to accomplish in his future career:

“My wife tells me that every time I finish a job I come home and at some point say, “That’s it, nothing’s going to top this, I’m retiring.” But, of course, the truth is, actors never retire, they simply become less available. For now, if ‘Three Pines’ runs for a few seasons, nothing would make me happier. And in terms of other things, I’ll always pick up the phone.”

Here’s hoping that he does indeed “pick up the phone” for Marvel Studios and Kevin Feige sometime in the near future, as audiences would love to see a return of Dock Ock, and perhaps even an exploration of variants of the character, or to just see what the redeemed doctor has been up to in his own universe!

Do you want to see Doc Ock return? Let us know in the comments below!