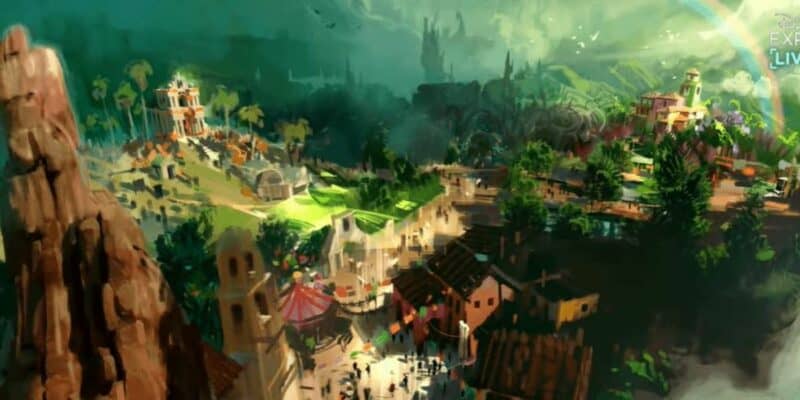 Disney villains are some of the most iconic characters in Disney animation, and Guests love to see these characters at the Parks throughout the year, like the Evil Queen at Disneyland or Gaston at Magic Kingdom.

Unfortunately, most of these well-known villains are only available during select nights at the Disneyland Resort and the Walt Disney World Resort, including Halloween events such as Oogie Boogie Bash or Mickey’s Not-So-Scary Halloween Party.

And while there is currently a villain-themed lounge at Disney’s Contemporary Resort, called Top of the World Lounge – A Villains Lair, it is only available to certain Disney Vacation Club Members.

However, it was announced at D23 this year that Disney World is planning to expand Magic Kingdom and include new lands which may feature Encanto, Coco, and Disney villains. And as Guests look forward to hearing more about these expansion projects, especially regarding the Disney villains, they are already imagining all the potential for attractions at this new land.

Related: All the Details On Disney World’s New Expansion Plan

A Reddit thread by user CCJask asked other fellow Disney Parks fans what attractions they would want to see at a new Villains-inspired land at the Parks.

I want a Small World type boat ride that takes you from evil lair to evil lair. Dungeons and tower rooms and ocean caves and voodoo altars. Every villain has a space you get to see with tons of detail in props not projection stuff. Totally old school Disney.

Others, such as user BowTie1989, wanted an Emperor’s New Groove-themed ride, featuring the iconic roller coaster scene with Yzma and Kronk:

You load up and get ready….

There were also plenty of other commenters who wanted Chernabog from the “Night on Bald Mountain” segment of Fantasia implemented into the Villains Land, whether in a standalone attraction, on a castle, roller coaster, or dark ride.

Other ideas included an Ursula water ride, generic rides from the villains’ point of view, a Dr. Facilier magic show, or even a villains sing-a-long. Others wanted this land to feel darker than the rest of the Park and be geared toward adults as well.

What are some attractions you would want to see at a new Villains Land? Tell us in the comments!