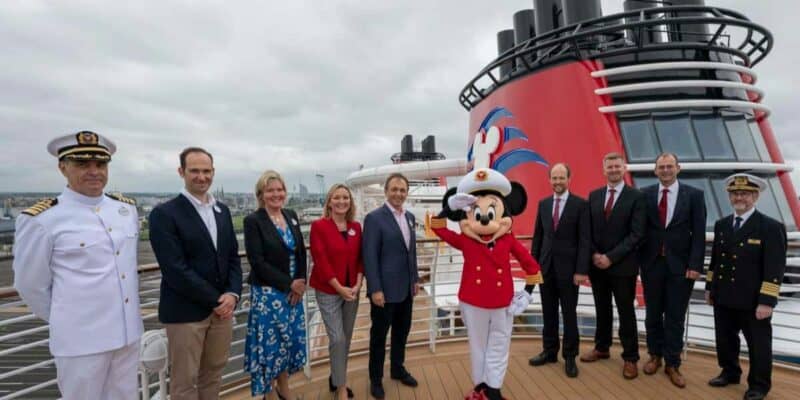 Disney Cruise Line has given Guests a lot to look forward to for the next few years. With the announcement of two new ships getting added to the existing fleet, both the Disney Treasure and the recently acquired Global Dream, along with upcoming themed days at sea in 2023, such as Pixar and Marvel, there is certainly a lot for Guests to expect in the coming years.

And, with the upcoming Silver Anniversary of Disney Cruise Line, it’s the perfect time to reminisce on some of the incredible experiences that Disney Cruise Line offers, especially on its newest ship, the Disney Wish.

On December 24, National Geographic will be taking viewers on a journey, showing all that went into the building of the Disney Wish. This documentary, called “Making the Wish: Disney’s Newest Cruise Ship” will premiere on Christmas Eve at 9 p.m. EST on National Geographic Channel.

This special will be a 90-minute documentary, giving a behind-the-scenes look at how the Disney Wish was designed, constructed, and launched. You’ll get to hear from the Walt Disney Imagineering team and the Disney Cruise Line team who worked together to make this dream a reality for Guests.

This special was brought to life by National Geographic filmmakers Chad Cohen and Bethany Jones. Cohen was the director, writer, and producer of this special; and Jones produced and wrote for this project as well. This production was also the result of a collaborative effort with Disney Yellow Shoes, which is Disney’s in-house ad agency.

Per Disney Parks Blog, here is the official description of this exciting new documentary on the Disney Wish:

“At a two-centuries old shipyard on Germany’s North Sea, a marvel of modern engineering is taking shape. Hundreds of construction workers, engineers, architects, designers, animators, composers, storytellers, cast and crew are transforming 144,000 tons of steel into perhaps the most enchanting vessel ever to take to sea. They’re making the Disney Wish a reality.”

Have you ever been on the Disney Wish or another Disney Cruise? What was one of your favorite moments onboard the ship?