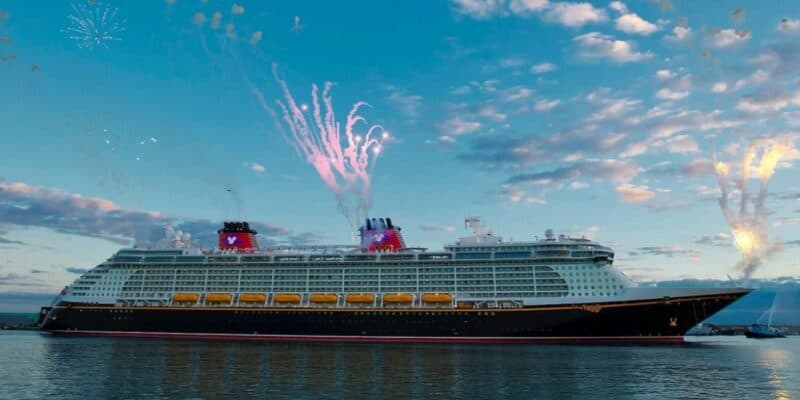 The Disney Cruise Line just announced it would resume several “picture-perfect” routes in the future. Are you ready to set sail?

The Disney Cruise Line continues its constant change to resume operations after being severely struck by the COVID pandemic. While some of these changes may ruin the vacations of many travelers, others bring exciting news, as the international cruise line recently announced that it would resume several exciting routes and sail to picture-perfect destinations in 2024. Are you ready to grab your sunglasses and floppy hat?

Per a recent announcement shared on the Disney Parks Blog, Disney Cruise Line will resume a variety of fan-favorite tropical routes, including itineraries to the Caribbean, Mexico, Bahamas, and Disney’s private island, Castaway Cay. These exciting cruises will have sailings from two home ports in the Sunshine State and voyages from Texas, Louisiana, and California, perfect to escape the winter blues with a magical vacation at sea from wherever you are in 2024.

These exciting sailings will include sun-drenched getaways from South Florida, tropical vacations from Central Florida, Caribbean Adventures from Texas and Louisiana, and Mexican escapes from California.

The Disney Dream will begin early 2024 with an assortment of three- and four-night getaways to the Bahamas and five-night vacations to the western Caribbean, all of which will feature classic Disney Cruise Line experiences such as Broadway-style shows, innovative dining, character encounters, and fireworks at sea.

All sailings from Florida will include a stop at Castaway Cay, Disney’s private island oasis reserved exclusively for Disney Cruise Line Guests. The picturesque island is home to adventure, relaxation, and quality time with the family, providing the ultimate escape with something for everyone.

And, departing from Port Canaveral, Florida, the Disney Wish will kick off 2024 with three- and four-night voyages to Nassau, Bahamas, and Castaway Cay. Port Canaveral is Disney Cruise Line’s home port, just one hour from Walt Disney World Resort in Orlando.

Also departing from Port Canaveral, the Disney Fantasy will continue seven-night sailings to the white-sand beaches of the eastern and western Caribbean. Eastern Caribbean cruises will visit Tortola and St. Thomas, while western Caribbean itineraries will feature the ports of Cozumel, Mexico; Grand Cayman; and Falmouth, Jamaica. Every Disney Fantasy sailing also includes a stop at Castaway Cay and several days at sea, giving your family more time to enjoy all the fun and relaxation offered on board.

Caribbean Adventures from Texas and Louisiana

The Disney Magic will have two limited-time engagements in Galveston in early 2024, embarking from the Lonestar State on Caribbean adventures ranging from four to six nights through the end of January. And the ship will return for another month-long stint between March and April, sailing cruises ranging from four to seven nights to the western Caribbean during the spring break period.

The Disney Magic will also make its way to New Orleans, where the ship will be welcomed for a second consecutive year in February 2024 with four-, five- and seven-night cruises to the Caribbean. The Big Easy is the perfect city to extend your vacation before or after your cruise to enjoy jazz and jambalaya in the city that inspired Walt Disney Animation Studios’ “The Princess and the Frog.”

The Disney Wonder will arrive in San Diego, California, in March 2024 after returning from its inaugural season in Australia and New Zealand, ready to embark on three- to seven-night voyages to Mexico, including the Baja peninsula. Visiting some of Mexico’s most prized destinations, including Cabo San Lucas, Puerto Vallarta, Mazatlan, and Ensenada, along with stops on the inviting shores of Catalina Island off the California coast, these dream getaways will show you vibrant culture, stunning beaches, and saltwater adventures.

These exciting 2024 Disney Cruise Line itineraries open to the public on December 15. You can click here to learn more and plan your Disney Cruise vacation.

Have you ever sailed on a Disney Cruise? Tell us about your experience in the comments below!