New Pixar Experiences Coming to Disney, But Not Where You'd Expect - Inside the Magic 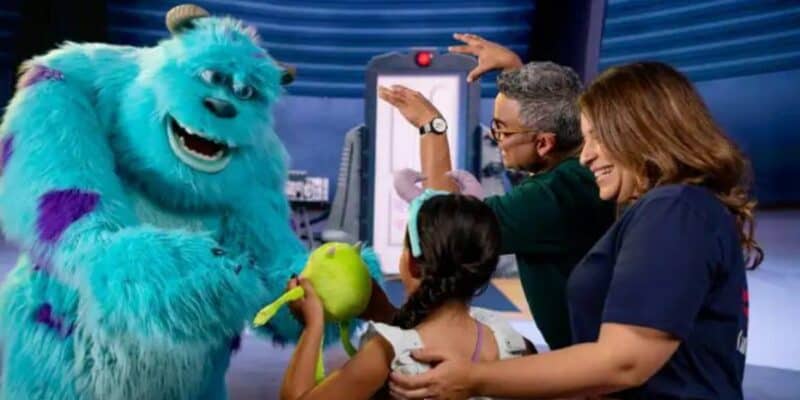 Disney is known for its incredibly immersive experiences, from themed lands such as Toy Story Land at Disney’s Hollywood Studios to the Star Wars: Galactic Starcruiser experience at the Walt Disney World Resort. And now, this magic will soon extend to Disney Cruise Line!

During this special day at sea, there will be more Pixar characters onboard than there ever previously were, and these include meet and greets with characters from your favorite Disney and Pixar films, such as Toy Story, Monsters, Inc., The Incredibles, and Inside Out. Guests can also find characters such as Miguel from Coco, Remy from Ratatouille, and Dug and Russell from Up.

Additionally, there may even be special announcements that can be heard onboard the ship from characters Dug, Dory from Finding Nemo, Edna Mode from The Incredibles, and Roz from Monsters, Inc.

During the day, Guests can enjoy swimming activities, like “Crush’s Totally Awesome Pool Party,” which will be filled with pool-side games, interactions from Crush, and other fun moments on the upper decks.

And during the evening, Guests can experience “Pixar Pals Celebration,” where they can have a high-energy party on the deck with some of their favorite Pixar characters.

Related: Set Sail with Marvel Heroes and Villains in 2023

And at the end of this activity-filled day, The Incredibles will be featured at a celebration called  “An Incredible Deck Party: Celebrate the Supers” on the deck. Guests are invited to join characters Mr. Incredible, Mrs. Incredible, and Frozone as they receive a smooth sailing award for an amazing action-packed day, until they realize Jack-Jack is found loose on the ship. Then, enjoy a show with action and antics, which ends in an “incredible” fireworks finale.

However, these are not the only offerings during this special-themed day. Guests can also find opportunities like meeting Pixar storytellers who made their favorite movies a reality, learning to draw some of these Pixar characters, and watching these movies as well.

Here are some other exciting events and activities Guests can participate in throughout Pixar Day at Sea, per Disney Parks Blog:

You will be able to test your memory skills with “Dory’s Memory Game,” get in touch with your emotions at the “’Inside Out’ Game Show, become an honorary member of the Green Army Patrol during “Sarge Says,” make Remy’s favorite dish, Ratatouille, at “Anyone Can Cook” or take the stage with your best jokes during a “Monsters, Inc.” Open Mike Nite. Themed activities created especially for kids will include making music with Miguel (“Coco”), chilling out with Ian (“Onward”) and building their very own Forky (“Toy Story 4”).

Are you planning to be onboard the Disney Fantasy for these events? What are you looking forward to most? Share your thoughts in the comments!

Comments Off on New Pixar Experiences Coming to Disney, But Not Where You’d Expect