Did Disney Steal Artwork For Its Latest Film? - Inside the Magic 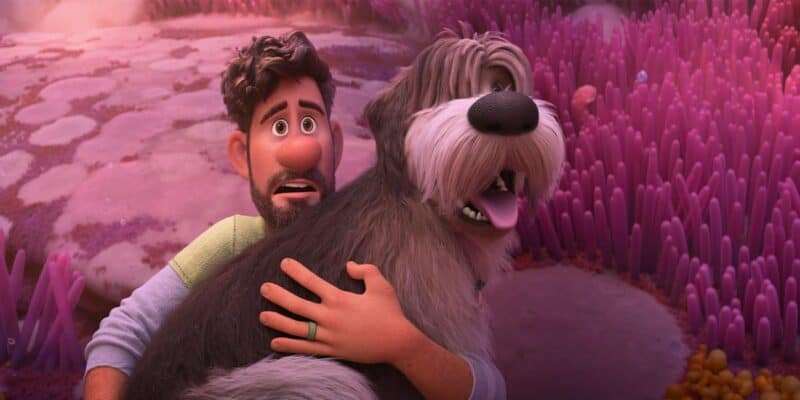 Disney’s latest film continues to be problematic as an international animation studio claims Disney stole their artwork for the film.

Walt Disney Animation Studios’ Strange World (2022) broke barriers as the first Disney film to feature a female president and an openly gay male main character. However, it failed to break any records at the box office. While the film is already facing harsh criticism from audiences, it would appear that the latest Disney film could face yet another problem.

An international animation studio recently claimed that Disney copied their artwork for Strange World. They shared an image comparing Disney’s film with their own with hard-to-ignore similarities, including the character design and the scenario. The image was shared on Twitter by Ánima (@helloanima), who commented that they were happy to see the Walt Disney Studios liking their work, adding that they should work together for their next film.

It’s great that you like what we do so much @DisneyStudios Let’s do the next one together!

Ánima later shared another tweet with a link to a video that compares another popular Disney Film, Zootopia (2016), and a movie the studio released in 2009, Agent Macaw: Shaken & Stirred, commenting, “And this is not the first time. We’re going to leave this here and walk away slow-ly…”

Ánima is an animation studio in Mexico that has collaborated with Netflix and Amazon Prime video for some of the platforms’ latest animation projects. The Mexican studio is also known for its original film franchise “Las Leyendas,” a series of children’s horror films inspired by legends of Mexican folklore like “La Nahuala,” “La Llorona,” the mummies of Guanajuato, “El Chupacabras,” and “El Charro Negro.” Ánima also collaborated to bring Top Cat (1961) back to life with two animated films featuring the classic character and his gang.

Disney’s Strange World is coming to Disney+ on December 23, breaking the company’s streaming rule to try and save the failing movie.

Have you watched Disney’s Strange World? What did you think of the film? Let us know in the comments below!

Comments Off on Did Disney Steal Artwork For Its Latest Film?