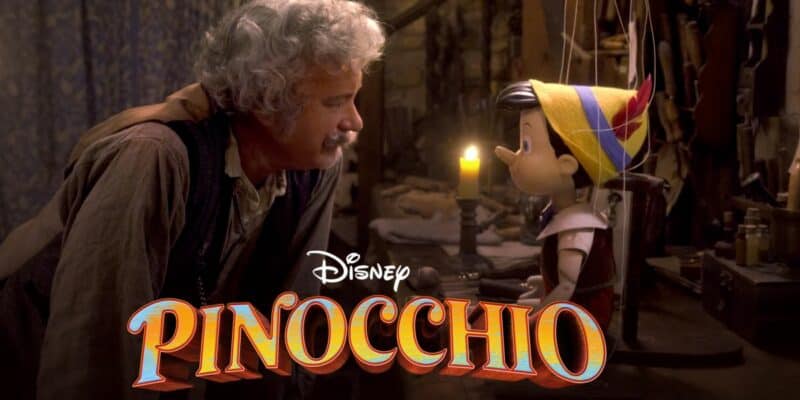 For almost 100 years, Disney has created countless stories that many fans hold dear to their hearts. From Mickey Mouse’s first appearance to timeless classics like Snow White (1937), Fantasia (1940), Dumbo (1941), Peter Pan (1953), and so many more, Disney has marked fans with their stories for generations. However, Disney’s newest film has faced divided opinions, making the live-action adaptation a polemic project, to say the least.

The arrival of Disney+ Day has brought many surprises for Disney fans, from big saving on their Disney vacations to extended Park hours and, of course, the premiere of new content to Disney+, including Disney’s latest live-action adaptation, Pinocchio (2022).

While the film has a star-studded cast, including Tom Hanks, Cynthia Erivo, Luke Evans, Benjamin Evan Ainsworth, Joseph Gordon-Levitt, Keegan-Michael Key, and Lorraine Bracco, in addition to stunning visual effects and the characteristic charm of a Disney story, it would appear that the film has left many fans disappointed. One scene has become highly discussed, dividing viewers of Disney’s reimagined classic.

David Rattigan (@davidmrattigan) shared a snippet from the movie, in which Geppetto’s cuckoo clock collection goes off, showing several pieces inspired by different Disney films, including Toy Story 2 (1999), Who Framed Roger Rabbit (1988), and Sleeping Beauty (1959), as well as a Donald Duck clock. The scene didn’t make David happy, as he tweeted:

Disney stop showing off your IP for five minutes challenge

OH NO, IT’S A RUNNING JOKE

Many shared David’s thoughts on these scenes, considering them cringe-worthy, and calling out Disney for including so many Intellectual Properties. User @blockbustedpod even considered the scenes “the most blatant and forced corporate flattery-session in history.”

On the other hand, several viewers were happy to see Disney adding other beloved classics to this film, praising the attention to detail and even commenting that they would like to own some of these cuckoo clocks. KingdaKha (@Kingdakha92) added to the discussion, asking, “Why y’all complaining about Disney using Disney in their Disney movie?”

While mixed opinions continue to pour in, we invite you to enjoy Disney’s latest release, now available on Disney+.

Have you watched Pinocchio on Disney+? Let us know what you think about it in the comments below!