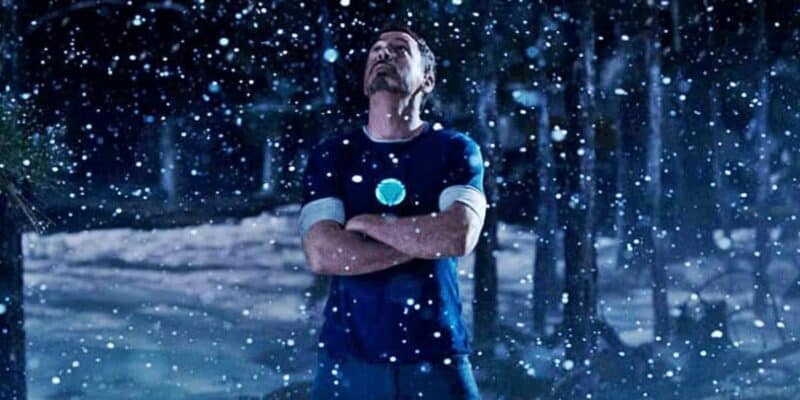 It’s safe to say that not all sequels in the Marvel Cinematic Universe are well-received. And the MCU’s first taste at the completion of a trilogy came in the form of Iron Man 3 (2013) — the sequel to both Iron Man (2008) and Iron Man 2 (2010). But, despite the contention over whether the Marvel film is good or bad overall is often overshadowed by the argument of whether it is or isn’t a Christmas movie.

Christmas movies come in all shapes and sizes. From feel-good pictures like The Holiday (2006) to nostalgic family films like Home Alone (1990), action-packed thrillers like Die Hard (1988), and new television specials such as Disney and Marvel’s own The Guardians of the Galaxy Holiday Special (2022).

However, long before director James Gunn’s special hit the Disney+ streaming service, Marvel already had an MCU movie set in the festive season — Shane Black’s Iron Man 3. The third solo outing for the red and gold Avenger came in Marvel Phase 2 and saw Robert Downey Jr. once again play the arrogant but loveable Tony Stark AKA Iron Man. He was joined by Gwyneth Paltrow as Pepper Potts and Don Cheadle as James Rhodes, with Ben Kingsley and Guy Pearce as the pseudo-villain Trevor Slattery AKA the Mandarin and Aldrich Killian, respectively.

The sequence of events in the second Iron Man sequel finds Tony Stark out of touch with his allies and workshop of armor and weaponry. Iron Man 3 is also set around Christmas time, meaning that over the years many have questioned if this MCU film can be officially classed as a holiday movie. Marvel boss Kevin Feige certainly thinks so. Last year during press for Jeremy Renner’s Hawkeye, the Marvel Studios President said this of Black’s Iron Man entry:

“I would, too [say that Iron Man 3 is a Christmas story]. Thank you. Yes, I would say that as well. But it came out in the summer. This [Hawkeye] is fun because it is a Christmas story that is taking place during the holidays, and it also is based on early discussions about a limited time period.”

However, while Feige himself deemed Iron Man 3 a Christmas story, Disney+ left it out of the festive roundup the service puts together every Christmas season. And this year is no different with the streamer once again defying the Marvel exec. and excluding the Iron Man film from its Christmas portfolio.

While director Shane Black is known for his Christmas-centric movies, the idea about setting Iron Man 3 during the holidays was not his own, in fact, it was co-writer Drew Pearce’s. Speaking to Empire (via Comic Book Movie), Black said:

“I didn’t want Christmas to feel like a gimmick, or something that was predictable, or ostentatious on my part. It started out as fun, and as soon as people noticed it, it stopped being fun. But I acquiesced largely because of the Christmas Carol aspect of it. Tony loses his support, loses his base, he’s adrift in Mid-America.”

“The coda is basically him at Christmas, giving a gift to his fiancee, and giving a gift to a little kid who helped him. And there’s a Christmas miracle when Jon Favreau’s character comes out of a coma. “There’s something about it, where you can get dark and dark and dark, as harsh as you want, and then summon up a little Christmas, and it gives you that pleasant out that you’re looking for.”

Then, if both the Marvel head Feige and helmer Black consider Iron Man 3 a Christmas movie, then why doesn’t The Walt Disney Company’s streaming service celebrate it as such?

It was in 2019 when fans of the MCU said goodbye to Downey Jr.’s Tony Stark after the Avenger sacrificed himself to save the universe from Thanos (Josh Brolin). However, the Iron Man mythos is set to live on in next year’s Disney+ series Ironheart which sees Dominique Thorne reprise her role as Riri Williams; the actress made her debut as Ironheart in Ryan Coogler’s Black Panther: Wakanda Forever (2022).

Do you think Iron Man 3 is a Christmas movie? Let us know in the comments down below!