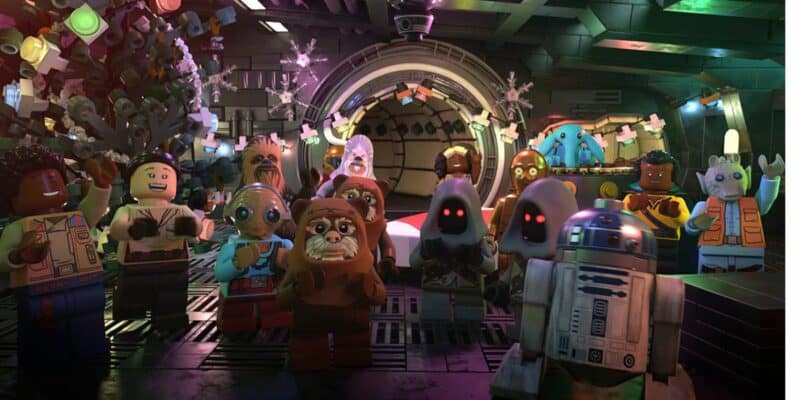 Curling up in front of the TV is essential for the holiday season, and Disney+ has plenty to enjoy. From the worlds of Star Wars and Marvel to other family favorites, don’t be left behind when it comes to picking the cream of the festive crop on Disney’s premier streaming platform, from what’s new on Disney+ to old favorites for your Christmas Eve entertainment.

The original Star Wars Holiday Special has entered the realm of myth, with its musical tale of our heroes traveling to Chewbacca’s home planet of Kashyyyk being extremely difficult (read: impossible) to find to watch as originally broadcast on CBS. Naturally, then, Lego seized the opportunity to create their own version of it, updated to include characters from across the saga and given a hefty dose of the signature humor we’ve come to expect from the mini-figures. It’s a light-hearted, slapstick romp and best of all, done with a sense of love that fans and non-fans alike will appreciate.

The Guardians of the Galaxy Holiday Special (2022)

Marvel Studios have sensed an opportunity with creating special seasonal content for Disney+ and this offering is a spirited festive adventure featuring the Guardians of the Galaxy. Directed by James Gunn, it brings back the usual all-star cast of Chris Pratt (Peter Quill/Star-Lord), Zoe Saldaña (Gamora), Vin Diesel (Groot), Bradley Cooper (Rocket Raccoon), Pom Klementieff (Mantis), and Karen Gillan (Nebula) for all the fun. If it can match up to Michael Giacchino’s Werewolf by Night (2022), the Halloween offering from the studio, it looks set to be a festive delight and hopefully, a new addition to your yearly must-watch.

From mega-franchises to family franchises — and a full series to boot. A continuation of the Santa Clause series of movies, Tim Allen returns to headline this show as Scott Calvin, a father contractually obligated to be Santa Claus (and who grows to love the job, even with all the adventures it involves). Disney’s D23 Expo revealed that The Santa Clauses sees Scott realize he can’t keep up the work forever, and with one eye on retirement, starts to search for a suitable replacement. The family are heading out of the North Pole to new pastures. It should make for a deliciously light weekly watch in the lead-up to the big day.

Snow and ice help make the holiday season nice. Recognizing this, Disney has commissioned comedy class act Tituss Burgess to host an ice-sculpting gameshow with a magical twist: all their creations come from the Disney pantheon. Transported to the village of Snowdome, contestants must craft fantastic icy creations based on the worlds of Disney Animation, Pixar, Marvel Studios, and Star Wars. There even promises to be some musical performances too. Perfect for a snow day!

What will you be watching this festive season? Do you like festive TV, or are you all about putting on a Christmas movie? Tell us in the comments.