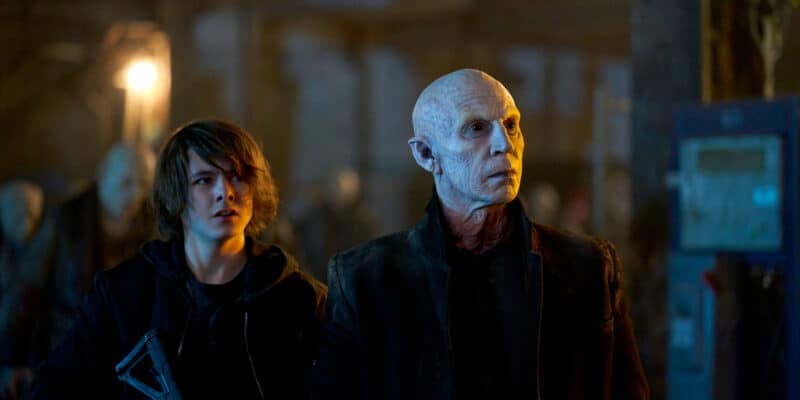 When you aren’t busy catching the latest episode of Andor, High School Musical: The Musical: The Series, or She-Hulk: Attorney At Law, dare to venture into some of Disney+’s darker corners. As the long nights draw in, the shadows lengthen, and you fancy something a little sinister for your viewing pleasures, there you’ll find some television perfect for Halloween.

There’s no denying a classic. Join teen vampire slayer Buffy Summers (Sarah Michelle Gellar) as she battles the horrors of high school atop a Hellmouth. A 90s and early 00s classic, yes, but some of Buffy The Vampire Slayer has dated somewhat. We can overlook the ep where a group of bros are possessed by hyena spirits, yet when Buffy was at its peak, it was unmatched.

Who could deny the angst of Willow and Tara’s doomed romance? Angel’s tortured soul? Or that time the woman in the fast food place turned out to be a giant worm monster in disguise? If you are looking for a truly spooky Halloween scare, watch the episode “Hush” — featuring the Gentlemen floating around a voiceless Sunnydale looking to eat hearts. It will give you nightmares for weeks. Check out our list of episode recommendations here.

The less said about season two, the better, but for season one, Scream Queens was an undeniable camp classic. A serial killer slasher set on a university campus, it puts a host of famous faces to grisly fates. It’s got Ariana Grande as a doomed influencer; Jamie Lee Curtis as a murderously angry school principal; Lea Michele, Billie Lourd, Abigail Breslin… and quite possibly THE definitive Emma Roberts performance (outside of Scream 4, that is).

Played entirely tongue-in-cheek and from the mind of Ryan Murphy, Scream Queens leans into all the horror tropes you know (and makes new ones you don’t) to create maximum murder and mayhem. This is horror for the internet generation. And yes, there is a gratuitous scene of Nick Jonas working out. You’re welcome.

From one Ryan Murphy production to another — but American Horror Story might be his defining moment. It’s certainly capable of just as much camp as Scream Queens, but American Horror Story plays it straighter. And when it wants to, it can conjure some truly horrifying scenes. Each season takes roughly the same stalwart cast and places them in increasingly absurd scenarios. Sarah Paulson is typically put through the wringer as a tortured survivor, while Evan Peters crops up time and time again as a complicated heartthrob.

The earlier seasons benefit from letting iconic performers such as Jessica Lange, Kathy Bates, and Angela Bassett chew the scenery in meaty roles. Later on, it becomes slightly preoccupied with its own mythology. But give season one, Murder House, a go, and you’ll discover some inventive, memorable, and dare we say it — boundary-pushing definitions of what TV horror can be. It even earned its own Halloween Horror Nights moment.

If Ryan Murphy’s fingerprints are all over Scream Queens and American Horror Story, The Strain bears the mark of someone entirely different: horror maestro Guillermo Del Toro. Adapted from a series of books written by the Oscar-winning director and produced by him too, the show follows the insidious outbreak of a strain of vampirism in New York City. The monster designs are creative, and the show’s plot is a pulpy mix of monster hunting and conspiracy as the bloodsuckers try to take over the Big Apple.

What We Do In The Shadows

For a tonic from outright scares, turn to What We Do In The Shadows. Adapted from the Taika Waititi-starring movie, it follows a troupe of unlikely vampires in Staten Island as they deal with both the modern world while encountering other supernatural beings. Matt Berry and Kayvan Novak lead a talented cast who bring light and laughs to these long-dead creatures of the night. They’re the perfect light-hearted antidote to anything that’s actually scared you this spooky season.

What are your top picks for TV shows this Halloween season? Let us know in the comments down below!

Comments Off on Five TV Shows For Halloween on Disney+