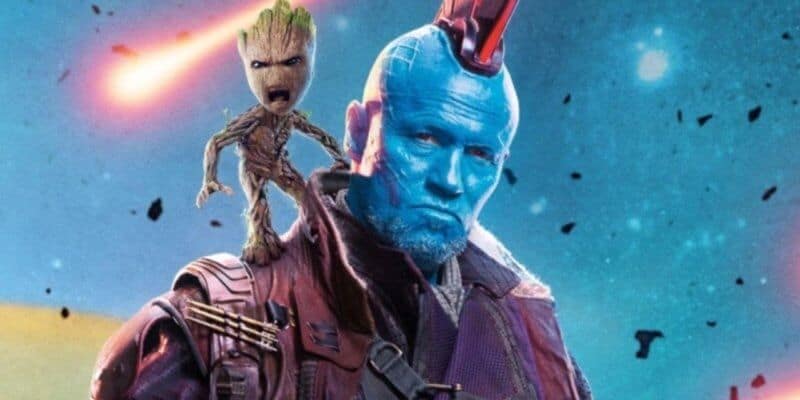 Recently, The Walt Disney Company announced an official press release announcing that a certain already-deceased character would be returning to the Marvel Studios’ Marvel Cinematic Universe Holiday extravaganza, The Guardians of the Galaxy Holiday Special, coming out November 25, 2022.

Interestingly, actor Michael Rooker was included in the lineup as the Ravager Yondu Udonta, the redeemed father figure character to Chris Pratt’s Peter Quill/Star-Lord. Looks like Mary Poppins is back, y’all!

The Marvel Studios Special Presentation has been given the following official description:

In the The Guardians of the Galaxy Holiday Special, the Guardians, who are on a mission to make Christmas unforgettable for Quill, head to Earth in search of the perfect present.

Now, the question of exactly how Yondu reappears in the current Guardians timeline is clearly the first thing on Marvel fans’ minds — with his tragic sacrificial death in Guardians of the Galaxy Vol. 2 back in 2017 the last time we saw the character properly, apart from Multiversal appearances in shows like What If…? (2021), which explored alternate realities and outcomes.

There was even promotional art with the tagline “Yondu Ruined Christmas” for the Marvel Studios Disney+ Holiday Special. 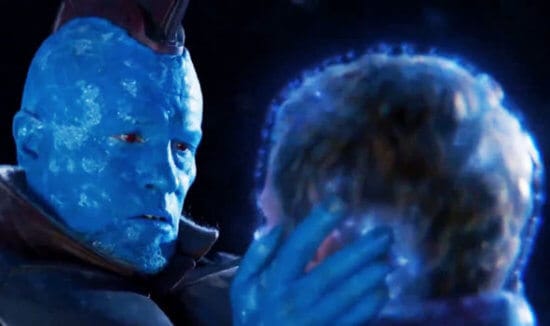 Could this mean some sort of resurrection of Yondu’s character?

It’s important to note that the upcoming Guardians of the Galaxy Vol. 3, also directed by James Gunn, was filmed in conjunction with The Guardians of the Galaxy Holiday Special, which will also star Zoe Saldaña as Gamora and Sylvester Stallone as Stakar Ogord. This will likely be the last time we ever see our current crew of Guardians, which has hinted subtly at certain character deaths and also less subtly. Before audiences say goodbye though, the space-roving heroes will come face-to-face with the all-gold Adam Warlock, played by newcomer Will Poulter, as well as Elizabeth Debicki’s Ayesha, as Chukwudi Iwuji plays the High Evolutionary.

Why is this important? Because this could be the last time we ever see the character of Yondu before the epic chaos and potential loss that the Guardians might face during the events of Guardians Vol. 3.

Now, it ought to be remembered that previously, the Guardians director James Gunn had insisted in a tweet back in 2020 that Yondu would never return unless in a flashback.

So unless it’s a flashback, Yondu will stay dead, as far as I’m concerned. Otherwise, it ruins his sacrifice.

However, it’s also interesting that now, that the tweets explicitly mentioning this have all been deleted — and Gunn is particularly active on Twitter, even to this day, responding to fans regularly.

Could this indicate a “non-flashback” return for Yondu Udonta now that the Multiverse is opening up? Or will this be a heartstring-pulling flashback starring father figure Yondu and a displaced and Christmas-missing Peter Quill? Only time will truly tell.

Will you be watching The Guardians of the Galaxy Holiday Special this November? Are you excited to see Yondu again? Share your thoughts down in the comments below!