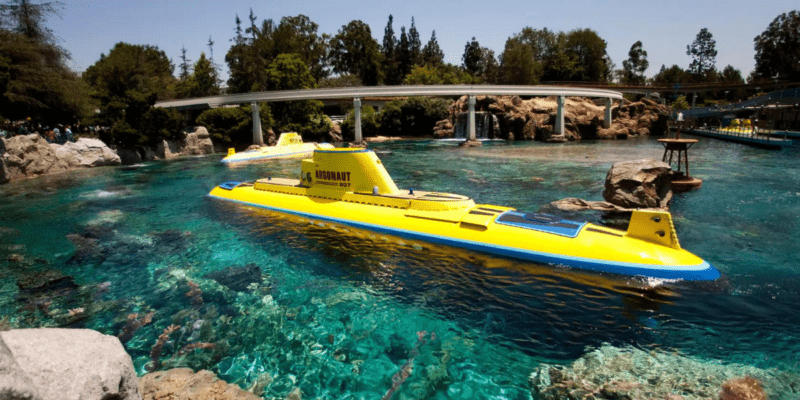 It’s hard to believe that a classic Disney attraction is already showing severe damage after a lengthy closure and refurbishment. Still, the images make it undeniable, making us wonder if it could shut down again.

Many Guests feel that Disneyland Resort has not been the same since the Southern California theme park reopened in 2021 after an extended closure due to the COVID-19 pandemic. With reports of overflowing trashcans and Park cleanliness, vandalism in several attractions, cockroaches and other pests, and attractions having multiple breakdowns and malfunctions, it would appear that Disneyland continues to have problems with the Park’s upkeeping even after almost two years of operations — despite nearly completing two new attractions debuting soon.

Surprisingly, a classic Disney attraction — which once was Walt Disney’s pride — is already showing damage, even after a lengthy closure.

Finding Nemo Submarine Voyage remained closed for over a year after Disneyland’s post-pandemic reopening on April 2021, welcoming Guests again on July 25, 2022. During this extended closure, Disney Cast Members provided an extensive refurbishment to the attraction, bringing characters from Finding Dory (2016) to the Tomorrowland lagoon. However, the classic Disney attraction is already showing concerning damage.

Per a report from The Orange County Register, the submarine fleet is rusting badly after just a few months of operation, showing significant damage on the ships and hard-to-ignore stains on the submarines’ fresh yellow and blue paint job. “For a theme park that prides itself on perfection, the rust stains on such a high-profile attraction represent the height of what Disneyland calls ‘bad show,’” The Orange County Register commented.

It is unclear if Disney will shut down the attraction again to fix this rust issue — possibly borrowing some Rust-Eze from Cars Land in the neighboring Disney California Adventure — or if the repair work will take place overnight. Either way, the damage to the iconic Disney attraction needs to be addressed, especially since it’s so notable after such a short period of operation. Inside the Magic will keep you updated on any actions taken by Disneyland to repair the rust damage to Finding Nemo Submarine Voyage.

Do you like Finding Nemo Submarine Voyage at Disneyland? Let us know in the comments below!