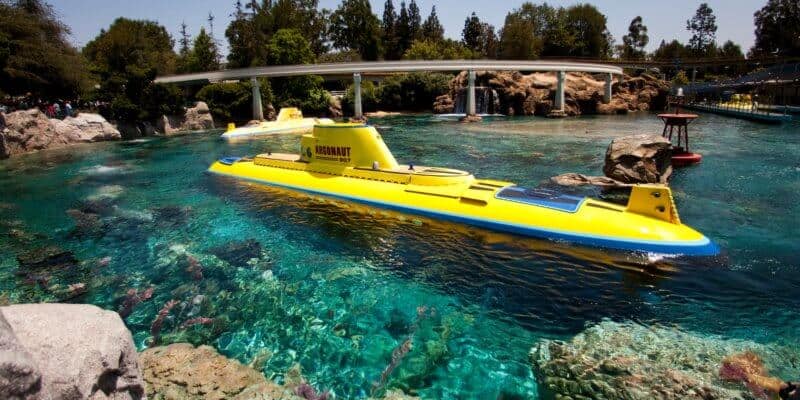 Somewhere beyond the sea…

As the reopening date for Finding Nemo Submarine Voyage closes in, Disneyland recently began testing at the beautiful Tomorrowland lagoon, allowing Guests to see the iconic yellow submarines ready to take them on a “Field Trip” along with Marlin, Dory, Bruce the Shark, Mr. Ray, Gill, Bubbles, Pearl, Peach, Crush and more friends on an underwater adventure for the entire family.

Guest u/jimmycheapseaweed posted the video of this exciting news on Reddit. You can see the video below or click here to watch it.

Looks like they are testing Finding Nemo from Disneyland

While many are excited to experience this submarine voyage again, there are mixed opinions regarding the attraction. We previously reported on Guests commenting how they wish this ride would never reopen, especially after seeing the attraction remain closed for quite some time after Disneyland’s COVID-19 closure and reopening.

However, fans got excited when millions of gallons filled the Tomorrowland lagoon again, and more so when they recently heard the announcement detailing the changes coming to this attraction once it reopens.

Finding Nemo Submarine Voyage will reopen on July 25 at Disneyland.

The attraction enjoyed a 39-year run at Disneyland Park, setting sail for the last time on September 7, 1998. Finding Nemo Submarine Voyage uses the same lagoon and submarines as the original attraction, Submarine Voyage, which debuted on June 14, 1959, and was one of the first “E” Ticket attractions. It was loosely inspired by the 1958 voyage to the North Pole by the world’s first nuclear-powered submarine, the USS Nautilus, which shares its name with the fictional submarine in 20,000 Leagues Under the Sea.

The official Disneyland website describes this attraction as follows:

Journey into the charming world of Disney and Pixar’s Finding Nemo on a gentle undersea expedition.

Do you like Finding Nemo Submarine Voyage? Let us know in the comments below!