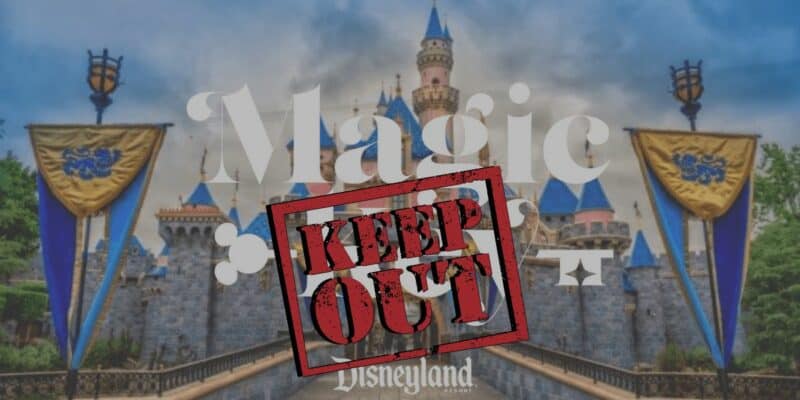 Even after dropping thousands of dollars, most Magic Key Guests still won’t be spending the holidays at Disneyland!

When Walt Disney opened Disneyland in sunny Southern California on July 17, 1955, he declared, “Disneyland is your land.” That was his goal, a place unlike any other in which parents and children, people of all ages, could come and have fun together. For years, Walt Disney Company CEOs and Park management reflected this policy, and while prices increased, there were still ways for the average family to attend and enjoy the place Walt built. However, several shifts have led away from this thinking in recent years.

Two of the most egregious representations of this paradigm shift have been the Genie+ and Magic Key programs. In 1999, the Disneyland Resort introduced a program called Fast Pass. This free service allowed Guests to use their tickets to hold a spot in line and return at a later time to cut down the time it would take to wait for an attraction.

This also eased some of the congestion in what would be called the stand-by lines around the Park. Popular attractions like Star Tours, or Indiana Jones and the Temple of the Forbidden Eye, whose wait times could get up to four or five hours, were now down to one or two. It was an ingenious innovation that helped more Guests move through attractions within their time in the Parks, and for over 20 years, it was a staple of the Disney Park experience.

This was summarily replaced by the pay-to-play Disney Genie+ as part of the Disneyland App, which costs Guests, at bare minimum, twenty-five dollars per person per day at Disneyland, adding yet another expense onto an already expensive trip. This wasn’t the only instance of less bang-for-your-buck treatment at the Happiest Place on Earth: The extremely popular Disneyland Annual Pass program also went the way of the dodo and was replaced with the Magic Key.

The Magic Key Pass program has been fraught with problems since the beginning, and Magic Key holders have had no shortage of feedback. One of the issues that have plagued these Guests since the start has been the enormous number of “blockout” dates. This year has been no exception, and starting today, all levels of the Magic Key, Inspire Key, Believe Key, Enchant Key and Imagine Key, except the to-be-discontinued “Dream Key,” are blocked out until the new year.

While not offering a Holiday reservation isn’t without precedent, it’s surprising that after paying top dollar for the most expensive and available level of Magic Key, one of the most popular times to visit the Parks will be limited to the majority of Magic Key holders. This may not come as a shock to the average Magic Key holder, who will have known about these unavailable dates since purchase, but it is still another example of how current Guests seem to be getting less for more when it comes to the parks.

Longtime Fans, Former Annual Pass Holders, and all Guests who loved the Fast Pass system are hoping that the newly reinstated Bob Iger will make these issues part of his priority to change and fix in the next year and a half of his tenure to bring back some of that Disneyland Magic.

What do you think of these blocked-out dates? Let us know in the comments below!