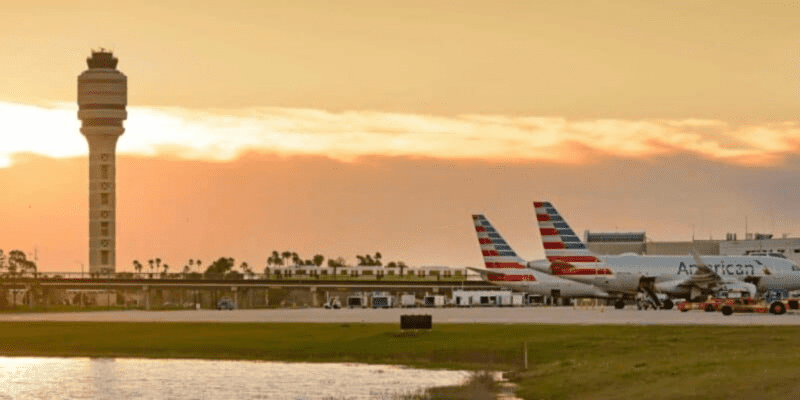 While Tropical Storm Nicole makes its way through Florida, leaving thousands of residents without power as it makes landfall, the Orlando International Airport (MCO) announced that commercial operations would not resume today.

Operational Update – Tropical Storm Nicole
Commercial operations are still halted for today at MCO. We’ll post updates as they become available and we ask you to please continue to work with your airline in regards to your specific flight.

Operational Update – Tropical Storm Nicole
Commercial operations are still halted for today at MCO. We'll post updates as they become available and we ask you to please continue to work with your airline in regards to your specific flight.

The Orlando International Airport officially ceased all operations yesterday, November 9, as decided in collaboration with the airport’s partners. The length of this closure was not stated in the initial announcement, as airport officials mentioned that operations are subject to weather conditions to be safely resumed.

It is most likely that airport officials will soon share further updates as weather conditions continue to change in Orlando and Florida.

The latest reports on Tropical Storm Nicole, per ABC News, state that at least 45 of Florida’s 67 counties are under a state of emergency due to Nicole, leaving almost 330,000 customers without power in Florida.

This is the second time Orlando International Airport has experienced closures this season due to a tropical storm. Tropical storm turned Hurricane Ian made landfall in October, surpassing Hurricane Dorian, Hurricane Matthew, and Hurricane Irma as the worst storm to target the region in years. Central Florida, which typically avoids the worst aftereffects, faced significant flooding and wind damage.

Inside the Magic will keep you posted on the latest updates on theme park operations in Florida and any updates shared by the Orlando International Airport.