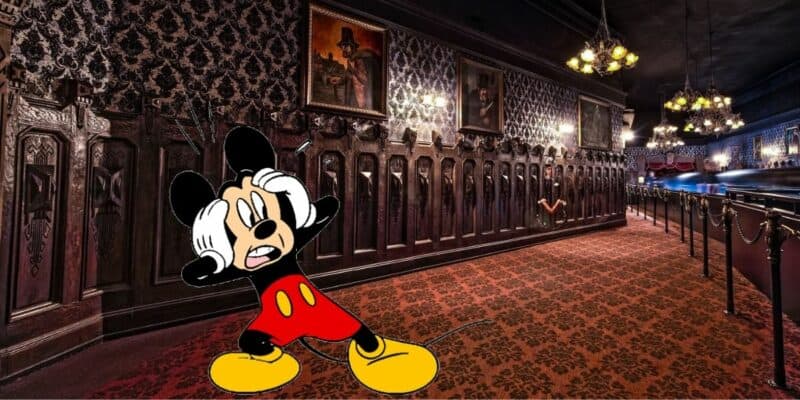 It’s not an easy time to be a Disney Parks fan. Many have been overwhelmingly unhappy with the state of the Parks since the promotion of Walt Disney Company CEO Bob Chapek and COVID-19 closures.

In a Reddit discussion this week, some “Disney Adults” turned on each other to reveal the most annoying thing one can do at Walt Disney World Resort. u/1975Fanboy asked if it’s okay to recite ride pre-show spiels along with Disney Cast Members or voiceovers:

There’s a few examples, but on Rockn Roller Coaster, the pre show has the cast member shout “how about some backstage passes?” for Steven to respond to. I always want to say it for them, but I want to know if it is either inconvenient or just fine?

“A lot of other guests find it annoying. We get it, you know what the line is,” the most popular response read.

Fans overwhelmingly agreed. “100% everyone else will find you annoying. It’s annoying when people do it on Haunted Mansion, Tower of Terror, etc etc. Just keep quiet and let everyone else enjoy,” u/Lesterknopff wrote.

“Imagine sitting in a movie theater to watch a movie you’ve been waiting to see for a year and then having the guy in front of you say all the lines,” u/Just_Looking_Around8 wrote.

Others offered a different perspective. Though “Disney Adults” might visit the Disney Parks often, many families can only visit Walt Disney World Resort once in their lifetimes.

“For many this is a once or twice in a lifetime trip,” u/navigatingtwp said. “Please be considerate of those of us who aren’t able to visit as often as we would like. Make it authentic for everyone. It’s the courteous thing to do.”

Additionally, Disney Parks vacations can cost thousands of dollars. u/maxwellstart said the Disney Enchantment Firework Show at Magic Kingdom was ruined when the Guest behind them sang along with the entire 20-minute show.

“I was very close to turning around and telling her we didn’t pay thousands of dollars to hear her sing,” the Guest explained. “But I didn’t, because I didn’t want to make her feel like crap. But it really did detract from the experience for us.”

Do you think singing along or reciting attraction preshow lines is okay?