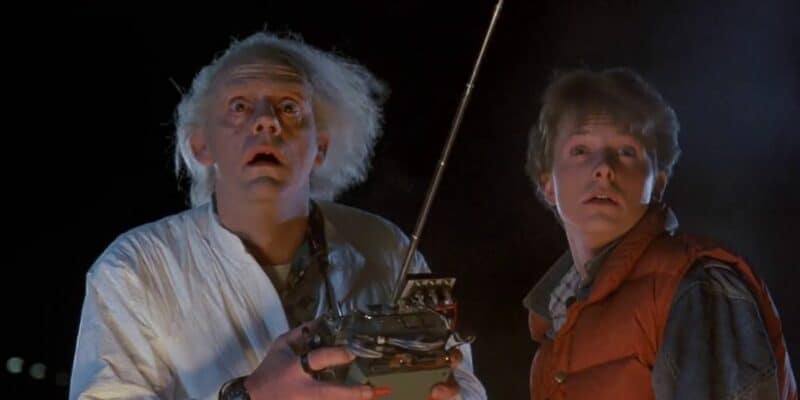 The past year has seen some great things happen in the world of Back to the Future. While Back to the Future: The Musical has been taking London’s West End by storm, it was announced that the award-winning production will be making its way over to Broadway next year.

And at last month’s New York Comic Con, Michael J Fox and Christopher Lloyd, who play Marty McFly and Doc Emmett Brown in the Back to the Future Trilogy, shared an emotional reunion. And then Lloyd appeared in a new trailer for Back to the Future: The Musical.

Now, it seems that both stars are fuelling rumors of a potential Back to the Future reboot. In a recent interview with Entertainment Tonight, iconic actor and Parkinson’s Disease activist Michael J Fox pitched his idea for a gender-swapped remake of the original 1985 film, saying:

While the idea of a Back to the Future reboot, or sequel, is something we’d rather not see, Fox’s comments did get us wondering which actress would make a great female Marty McFly. And then, Lloyd took to Twitter to share the following cryptic message:

“I can’t say yet, but the future holds something very special for you… stay tuned!”

I can’t say yet, but the future holds something very special for you…stay tuned!

Naturally, Back to the Future fans are now wondering what Lloyd could be referring to. Is a reboot or a sequel of some kind actually happening? Was Michael J Fox simply foreshadowing some kind of announcement as opposed to pitching his own idea for such a project?

Well, you might be surprised to learn that the rumor-fuelling doesn’t end there. Now, both Michael J Fox and Christopher Lloyd have taken to their Instagram accounts to share even more cryptic messages that seemingly pertain to an upcoming Back to the Future project.

Related: Gender-Swapped ‘Back to the Future’ Reboot May Be Happening, Christopher Lloyd Speaks Out

Fox’s Instagram post is a picture of him and his Back to the Future co-star, with a caption that reads “Doc and I are up to something heavy… @mrchristopherlloyd should we spill it?”, while Lloyd’s post, an image of the two from their New York Comic Con reunion, simply reads “Time…”

Many fans are wondering whether these cryptic posts are related to a new Back to the Future shop, as Fox recently shared the following video via Twitter advertising the online store:

It’s entirely possible that the online store is what Fox and Lloyd have been teasing, however, we can’t help but feel that one of Lloyd’s earlier tweets, which precedes Fox’s sharing of the video, hints towards something much bigger. Check it out below:

“If my calculations are correct, when this news hits 88mph… you’re gonna see some serious s*** (on Instagram) @realmikefox”

If my calculations are correct, when this news hits 88mph…you’re gonna see some serious shit (on Instagram) @realmikefox pic.twitter.com/UvABQSCDVW

Meanwhile, Back to the Future: The Musical continues to sell out the Adelphi Theater in London’s West End. However, it will soon be heading over Broadway’s Winter Garden Theater in New York City in August next year.

Olly Dobson recently portrayed Marty McFly (the resemblance was uncanny), however, neither Dobson or Joyce will transfer over to the Broadway version of the show next year. Roger Bart, on the other hand, is expected to reprise his role as Doc Emmett Brown.

What kind of Back to the Future project do you think is in the works? Let us know in the comments down below!